A new house built on the existing foundation of a ranch-style house. The areas of the new house that expand beyond the footprint of the original building were cantilevered to avoid disturbing the healthy yet fragile site filled with a variety of indigenous flora. Careful consideration was given to the neighborhood context to avoid overbuilding in the neighborhood. Materials used reflect the Cape Cod vernacular; white cedar shingles allowed to weather to a silver grey.

The design of the building is an eclectic blend of traditional Cape Cod styles with characteristic Shingle-Style details such as the flared shingle line and horizontal banding on three of the facades with more restrained Gothic revival detailing on the front façade.

The challenge was to combine the traditional vocabulary of these styles with the complexities of modern interior space planning in which the boundaries between the interior and exterior spaces are less defined and nature is invited in.

The client desired a traditional Cape Cod interior that was light filled and warm. The use of Maple paneling and built-in cabinetry throughout the open main level help to integrate a series of interconnected living spaces that each have their own identity and function but are tied together visually with consistent detailing and color. 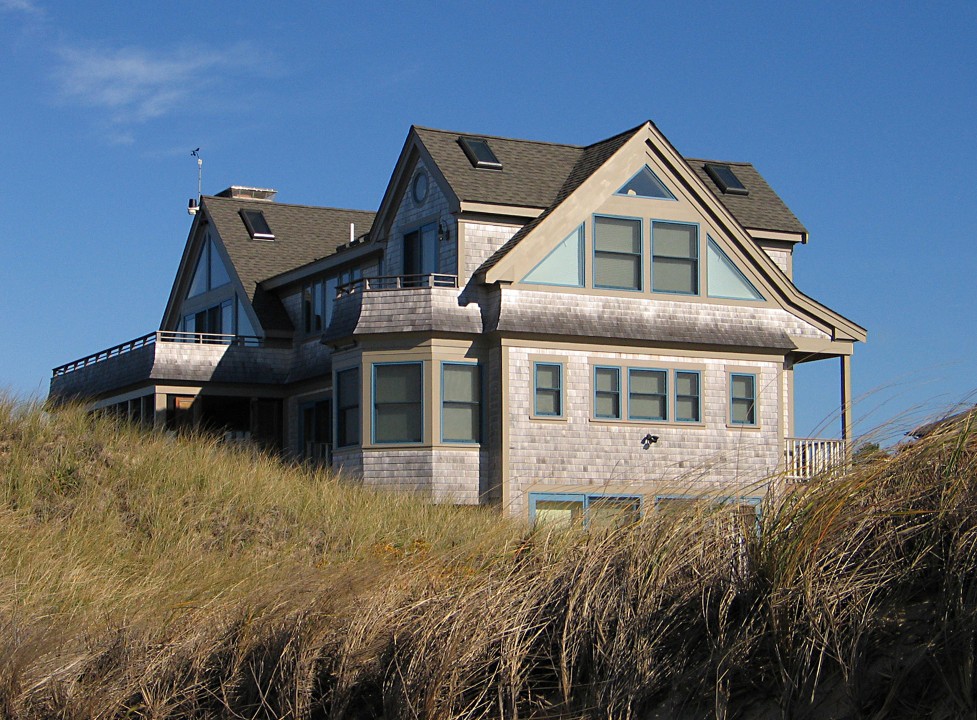 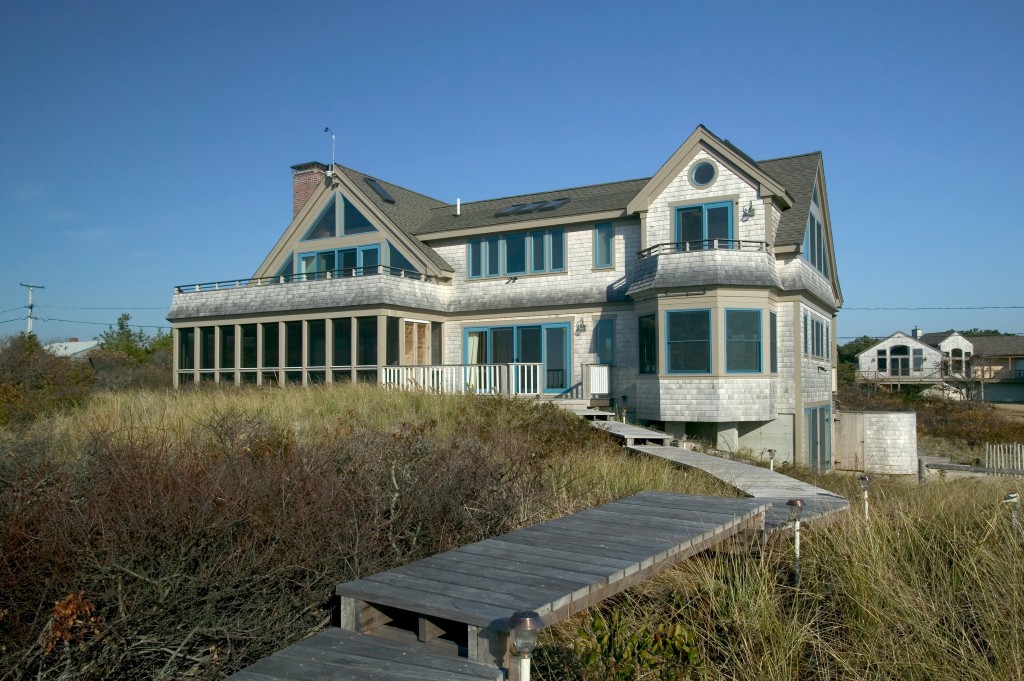 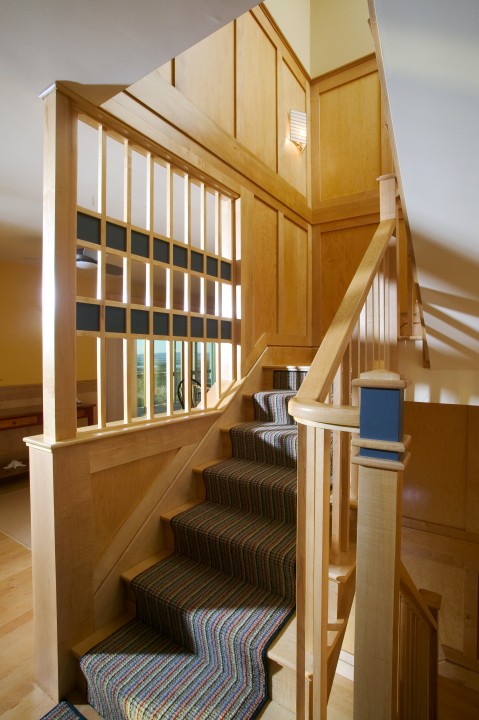 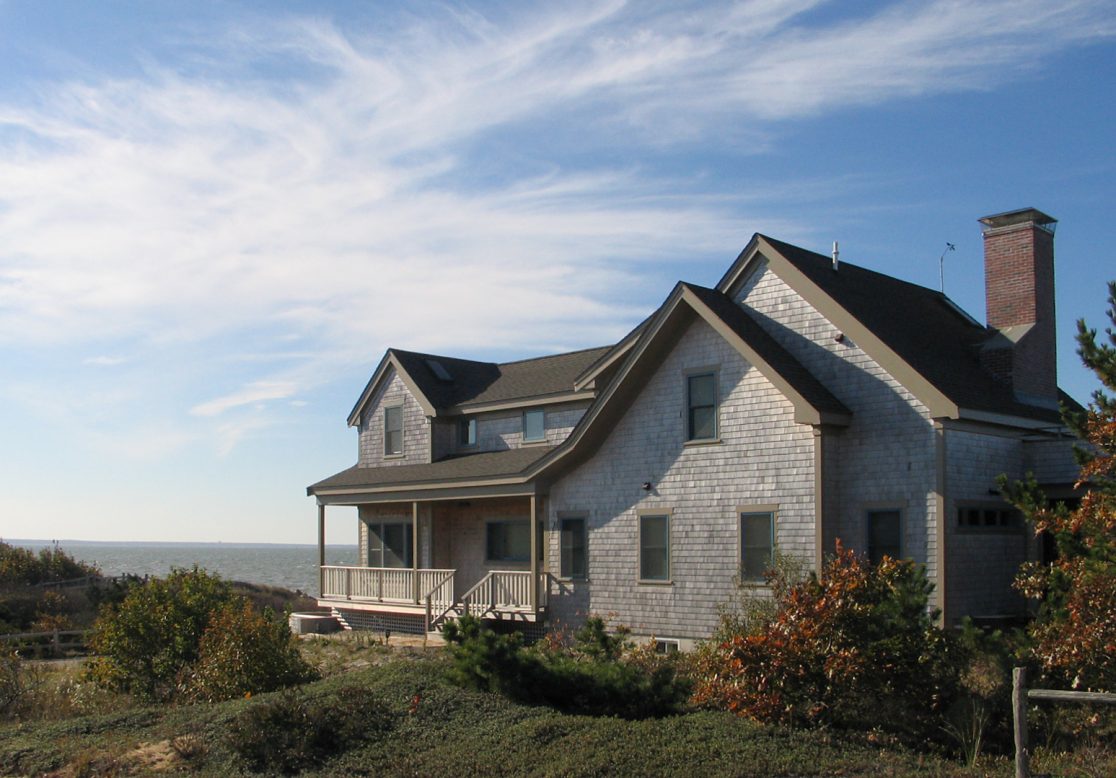 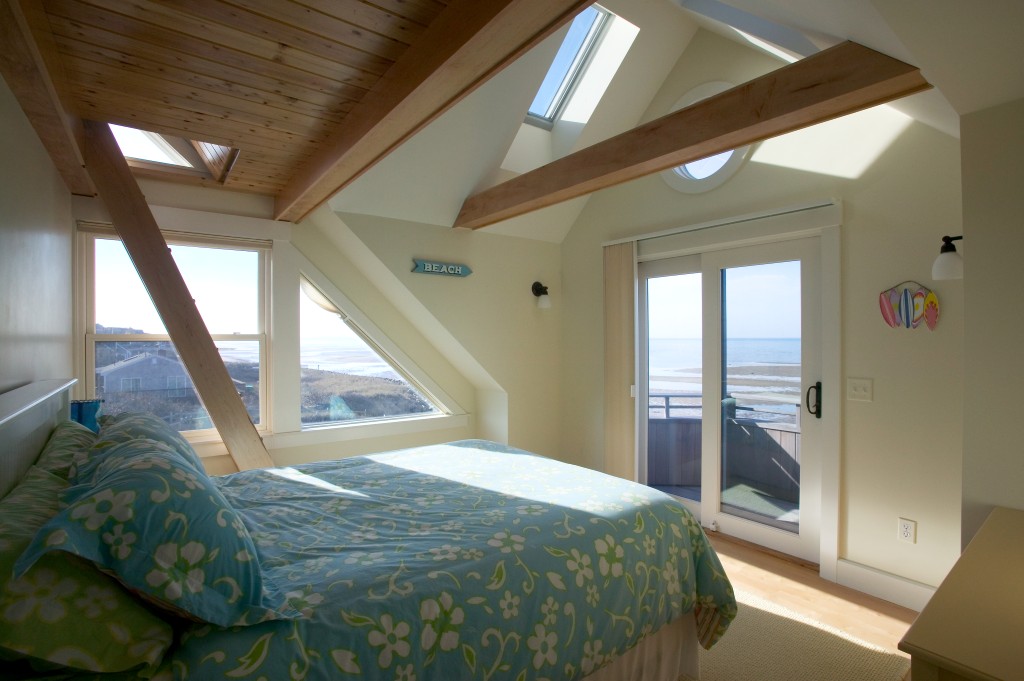 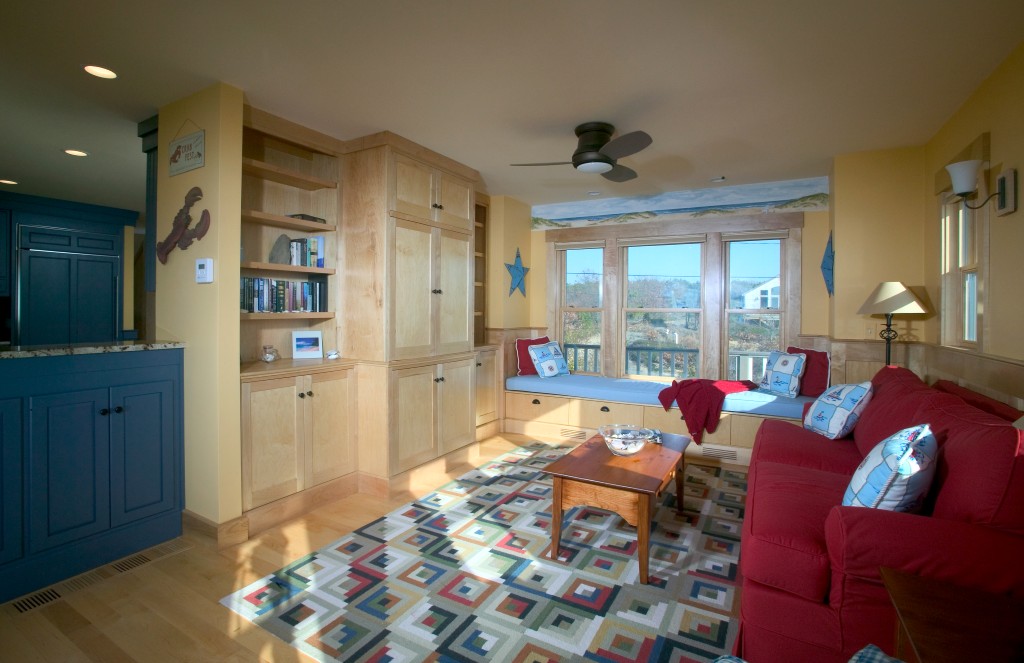 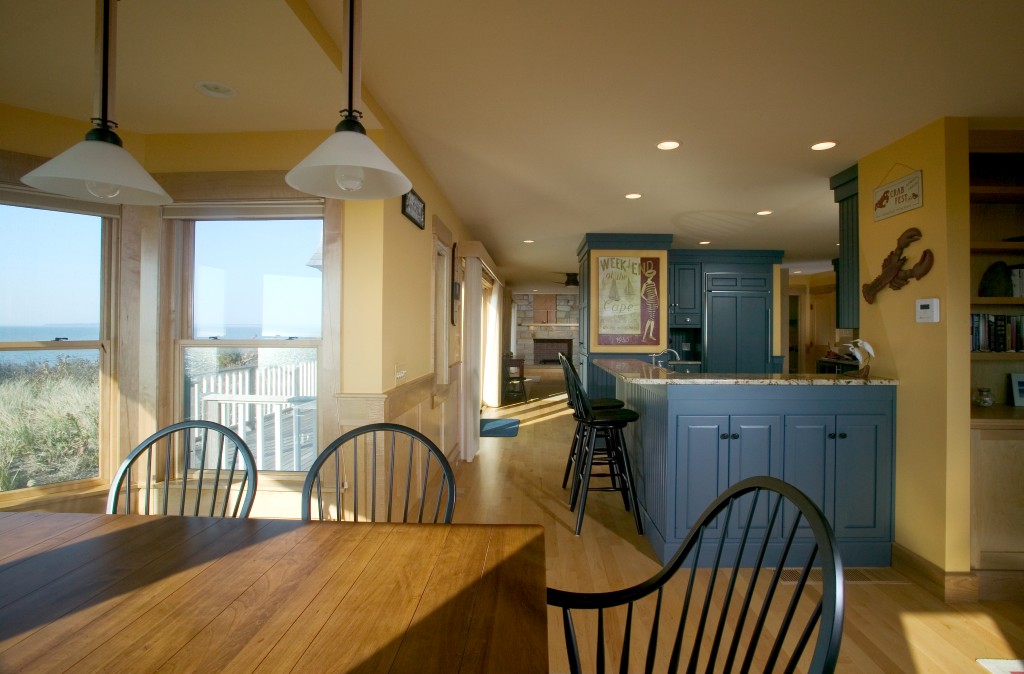