Reaching for a view

Perched on the edge of a natural bowl of vegetated sand dunes, the Bridge House is sited at the highest possible elevation to take advantage of spectacular views of Provincetown Harbor and Cape Cod Bay. Two rectilinear forms, reminiscent of simple boat houses are grouped together but slip past each other horizontally, overlapping for a third of their length. They are positioned at half levels to one another. A dramatic open tread steel and maple stair connects the two parts of the house, rising from the most private areas on the lower levels to the living spaces at the top. The vertical journey through the house gradually reveal broad inspiring views, culminating in a roof deck nestled in the valley formed by the intersecting gabled roofs. Elaborate detailing of exposed fir rafters and beams and a planked fir ceiling add warmth and richness to the living areas.

The main entrance to the house is by way of a steel and cable rail pedestrian bridge which spans from the top of the driveway across to the middle level of the house.

Glass gable ends and a red horizontal band on the building’s façade give the visual impression of having the roofs float above the building and the red band combined with the red framed windows unify the overall form. 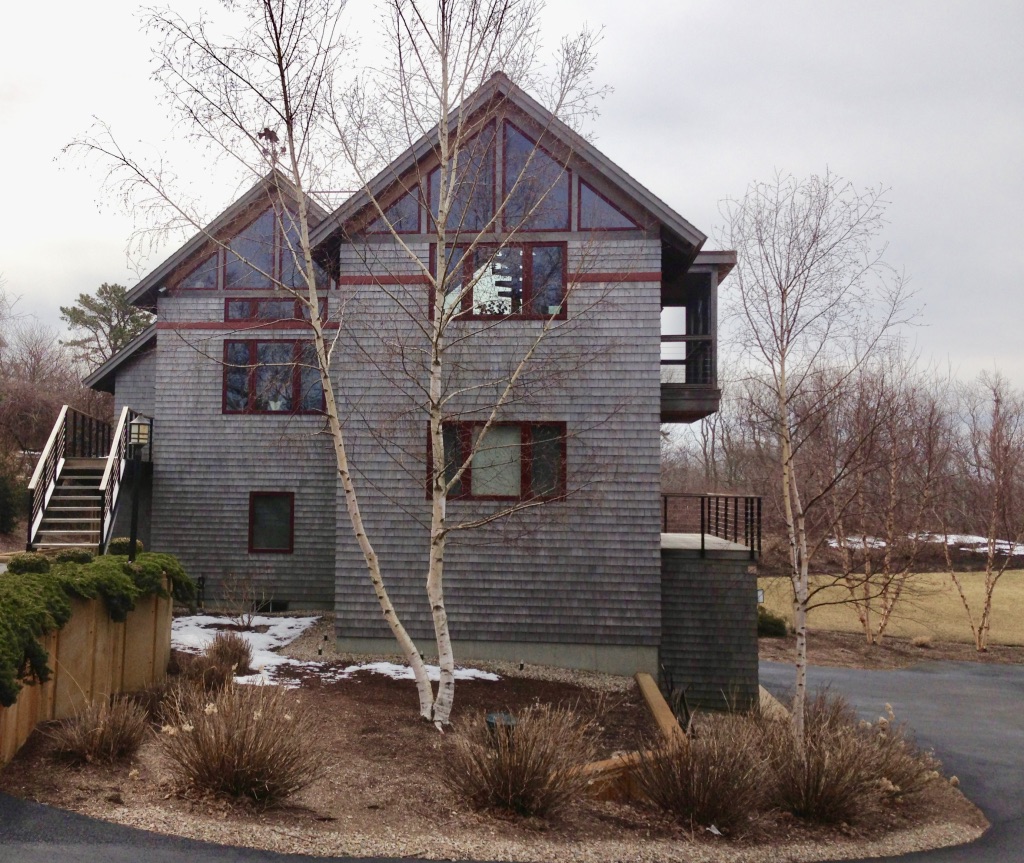 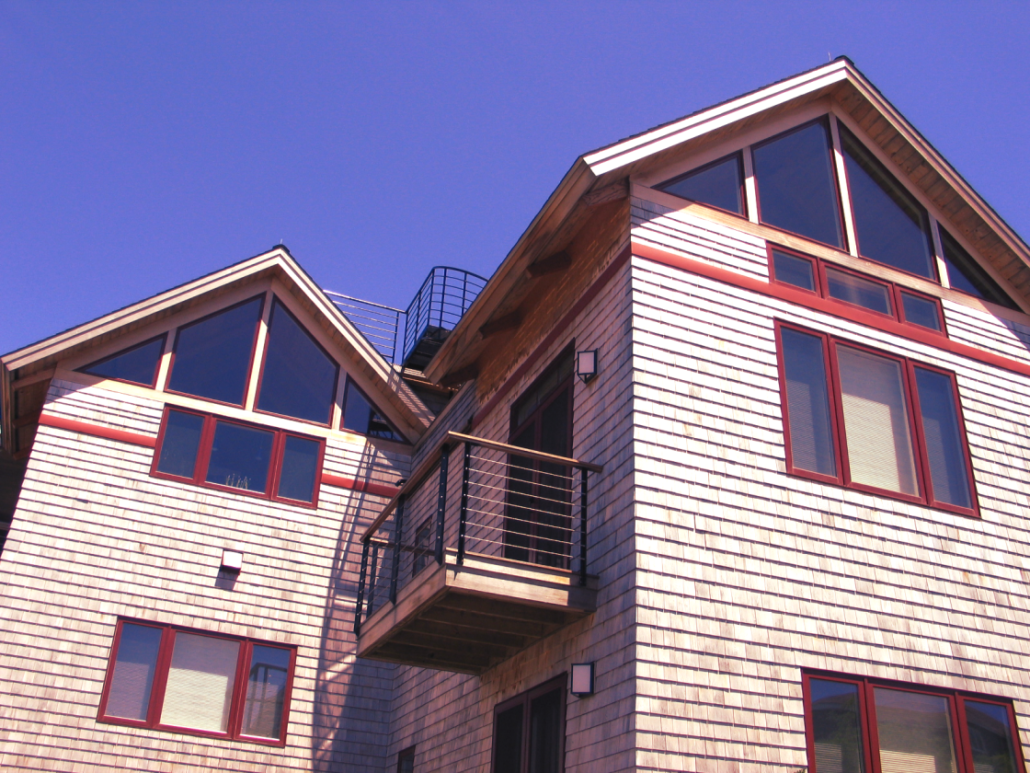 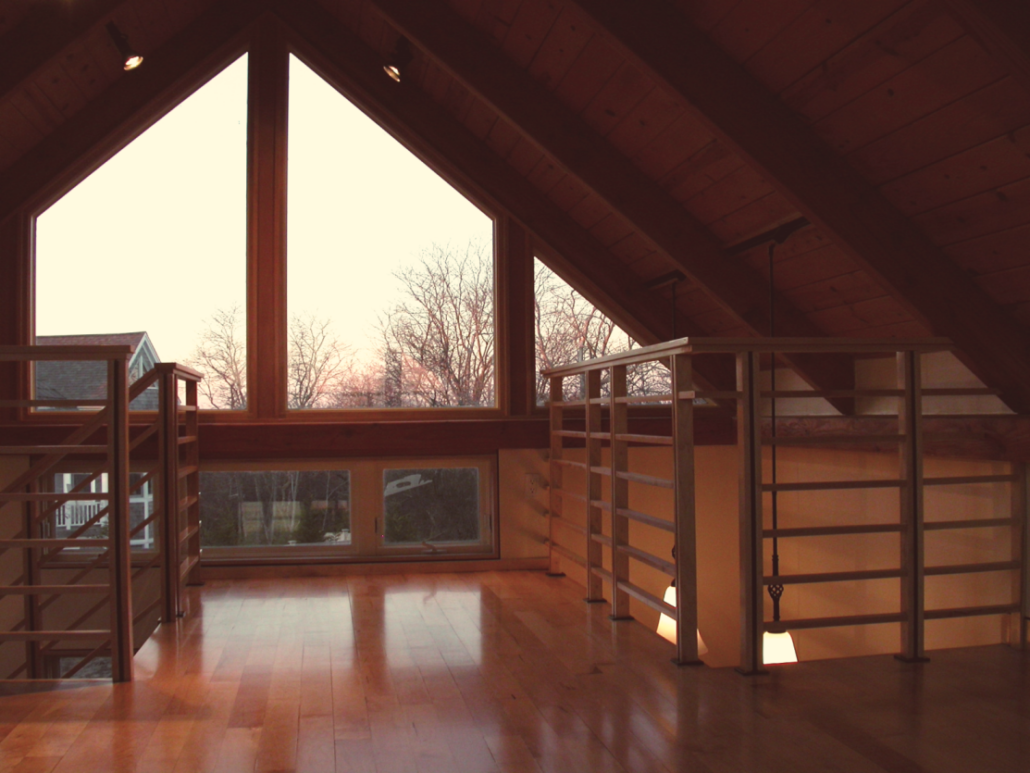 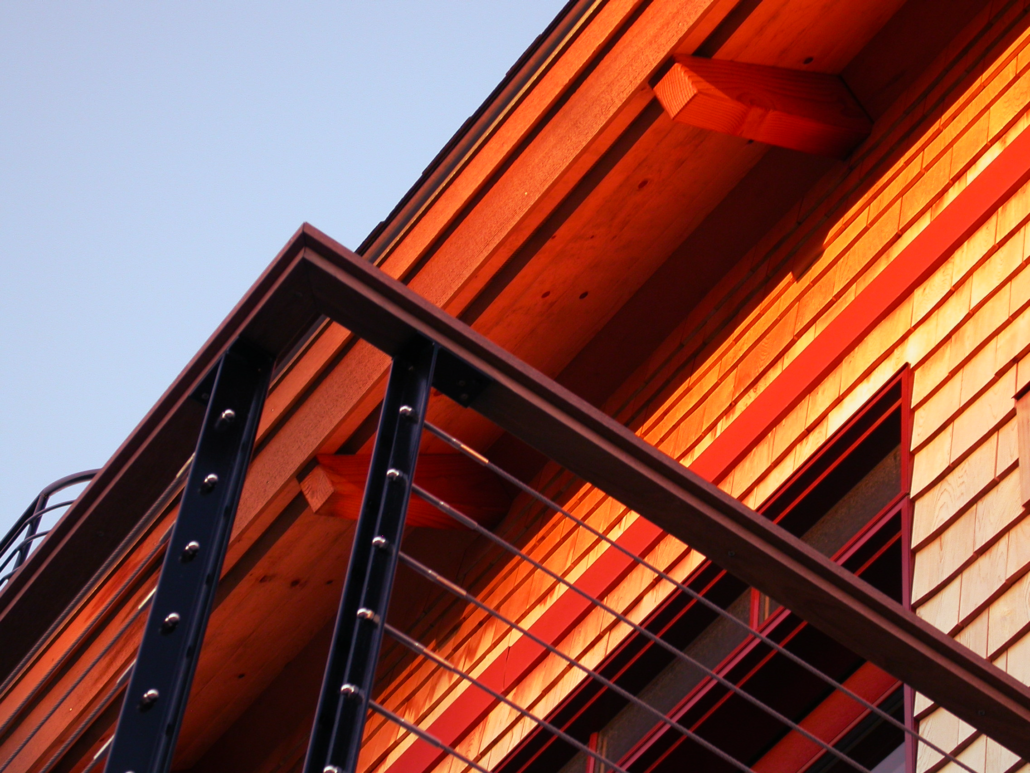 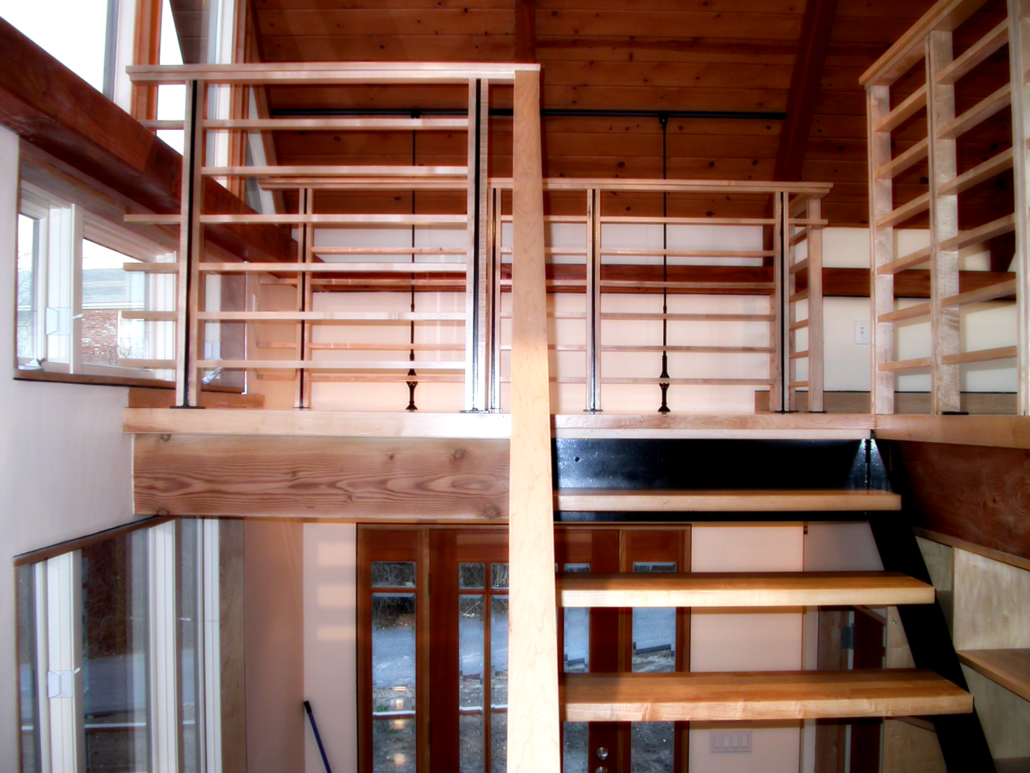 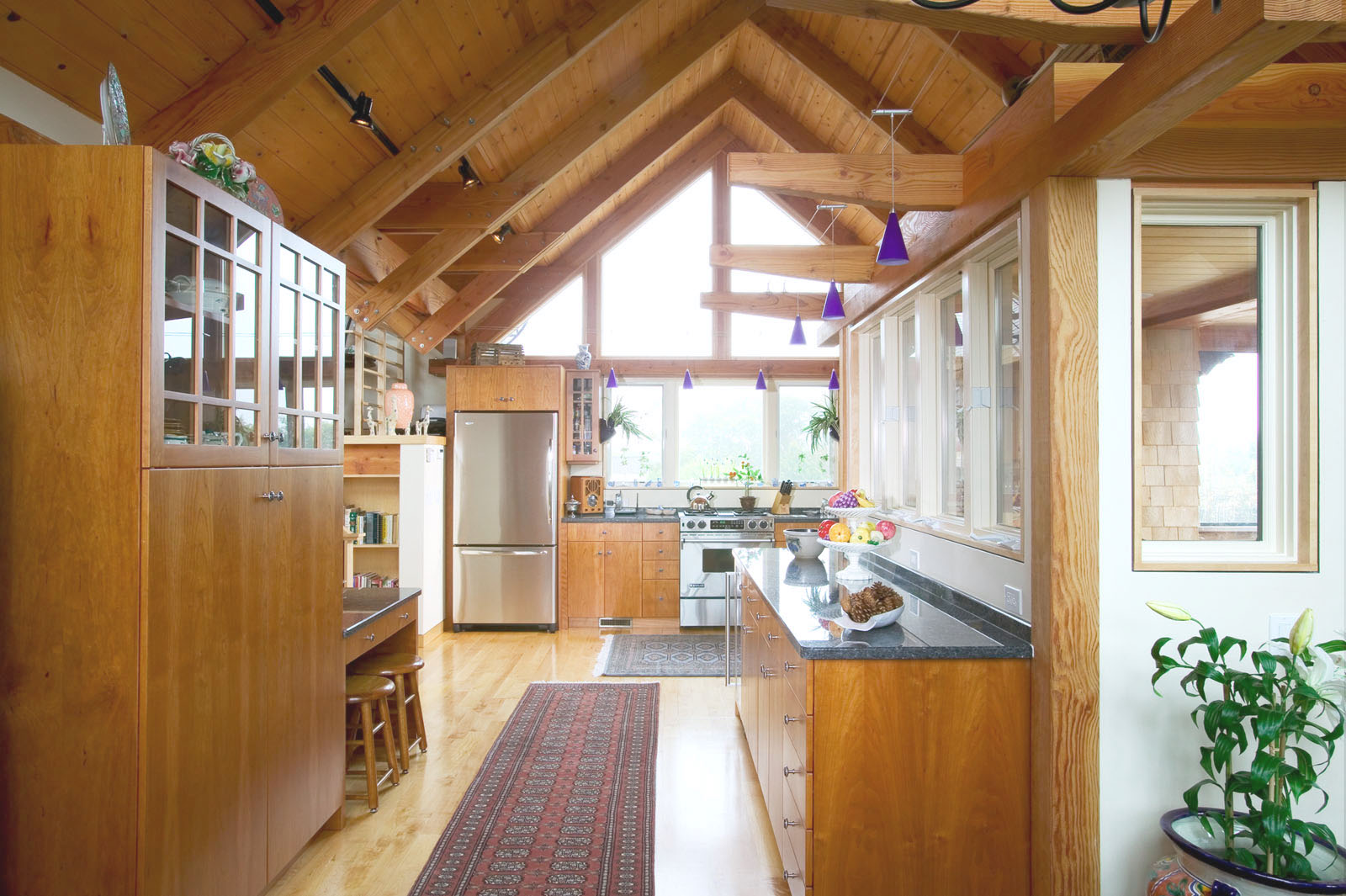 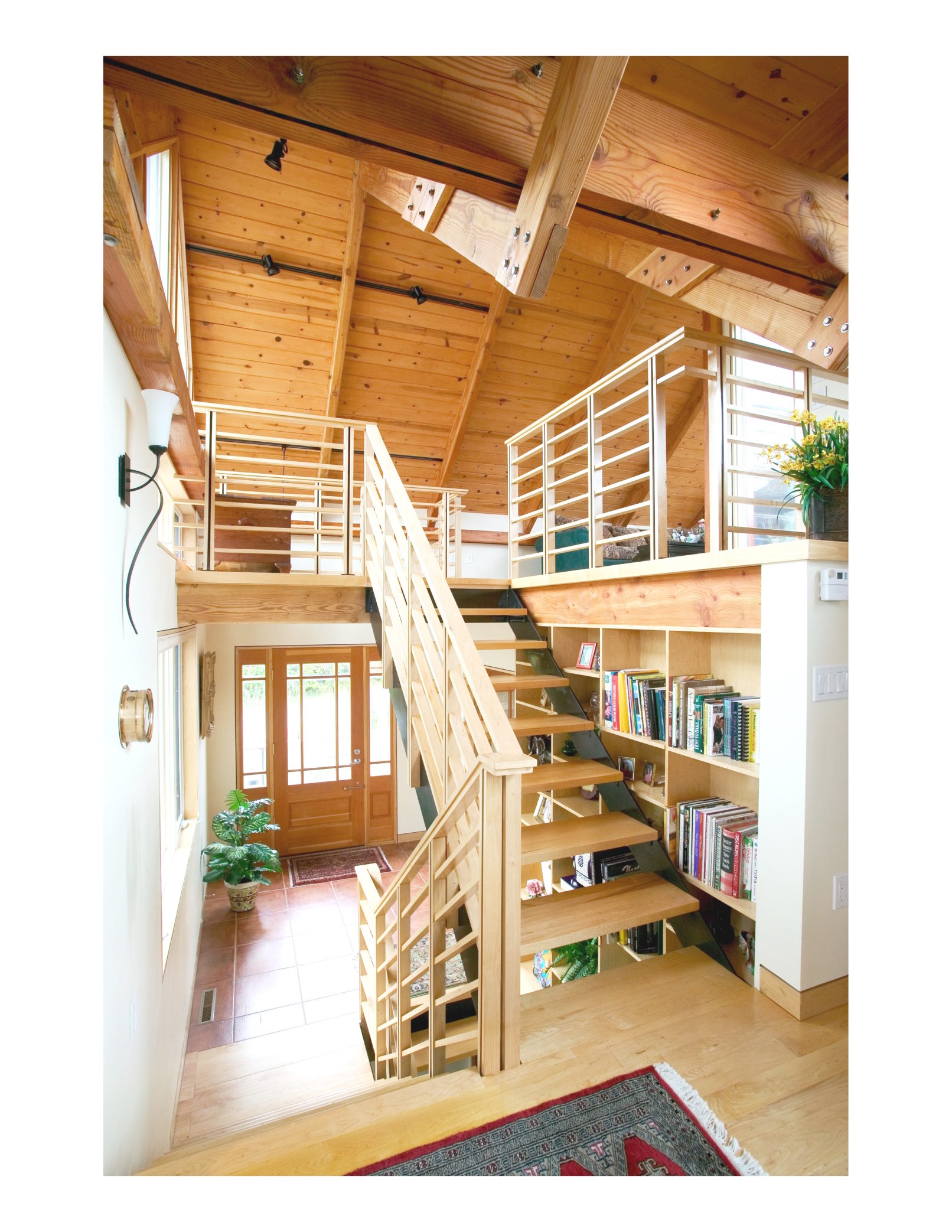