Our clients came to us after purchasing an antique cape that included a number of rambling additions – some connected, some freestanding and some positioned at differing levels. The house is located on a beautiful lakefront site.

We were commissioned to fashion the home to our clients’ particular needs which included an ability to expand functionally to accommodate their extended family at certain times of the year while allowing for the house to feel comfortable and cozy for the couple when they were inhabiting the house alone.

Built on an environmentally sensitive site on a freshwater lake, the logistics of the project associated with site mitigations and landscaping and strict construction protocols offered unique challenges to the team of architects, landscape architects, the general contractor, construction crew, and site engineers.

Our primary goal was to knit the house together to create a cohesive whole – both inside and out — that would combine the beauty of the best of the old, with a new, bright, and functional home, reflecting a more contemporary/transitional aesthetic. For example, the original house had an old round stone fireplace that was retained and revived, and now sits between new built-ins; old fir floor boards were recycled and repurposed for new applications, including the new, handsome and substantial beams that now grace the ceiling of the living room.

A key element in addressing the challenges in integrating a variety of roof forms and level changes was the creation of a Gallery space. On the inside this space allowed for the reorientation of the stair up to the Primary Bedroom level and down to the laundry room and a Guest Bedroom suite. It also provides a light-filled space that connects the main house to the guest cottage. Outside, the Gallery connects the living spaces with the potting shed and garage by way of a rhythmic series of columns forming a veranda all of which serves to visually integrate all of the building forms.

The relationship of the house to the site, the topographical characteristics, mature plantings that were identified as valuable to the structure of the newly designed landscape and outdoor living spaces, and a newly configured driveway were all critical to the overall cohesiveness of the design.

Before it all began… 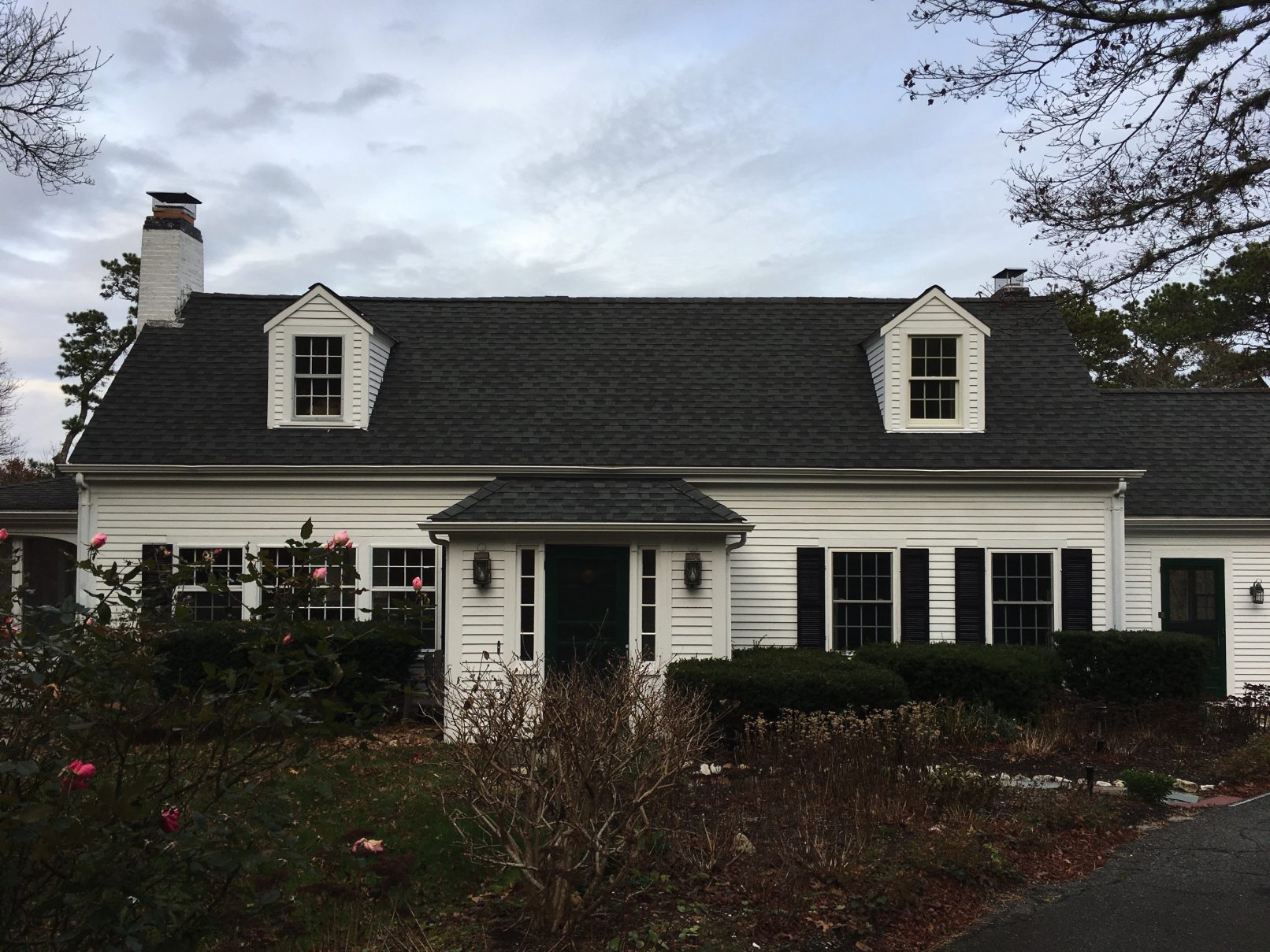 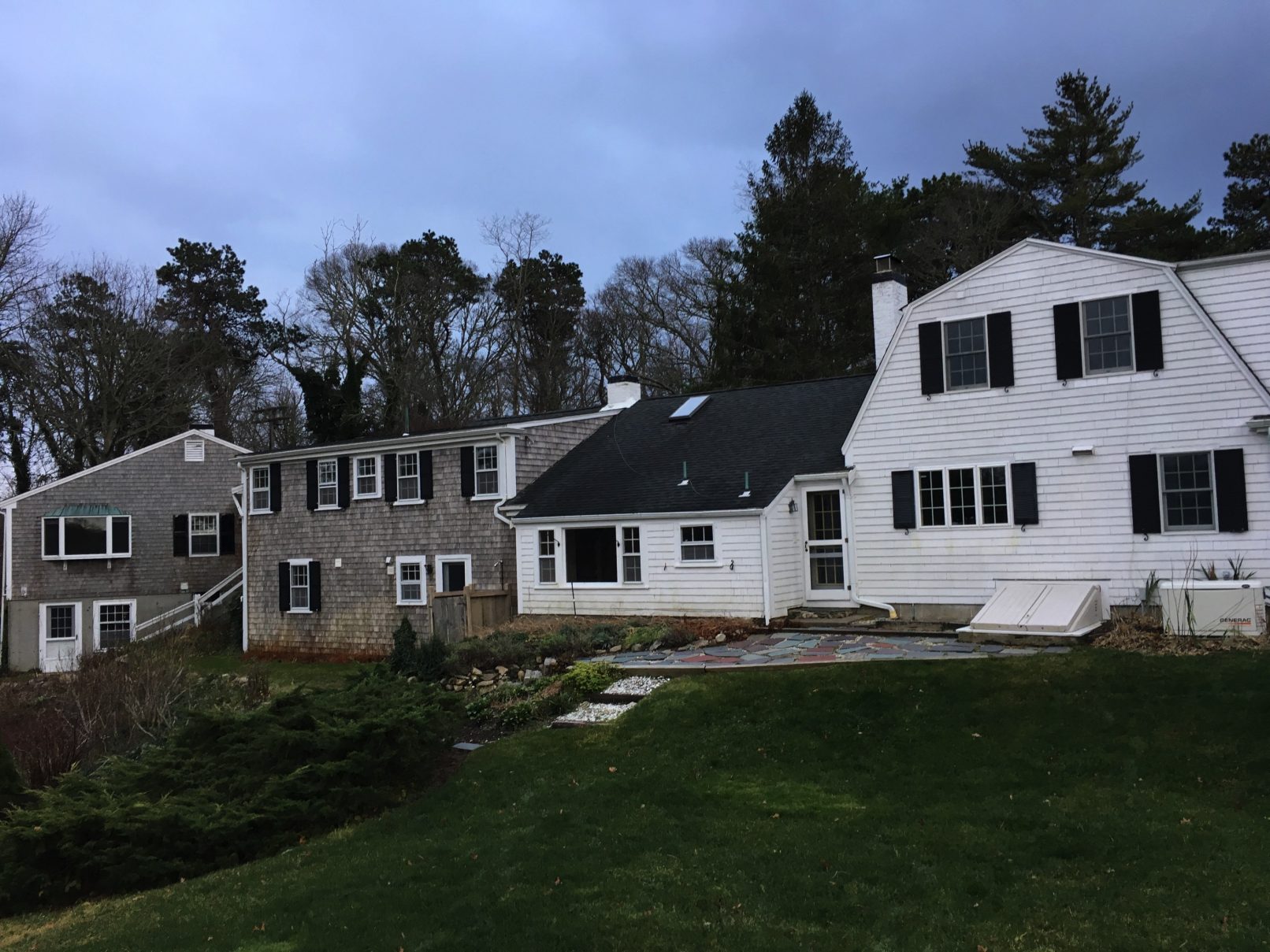 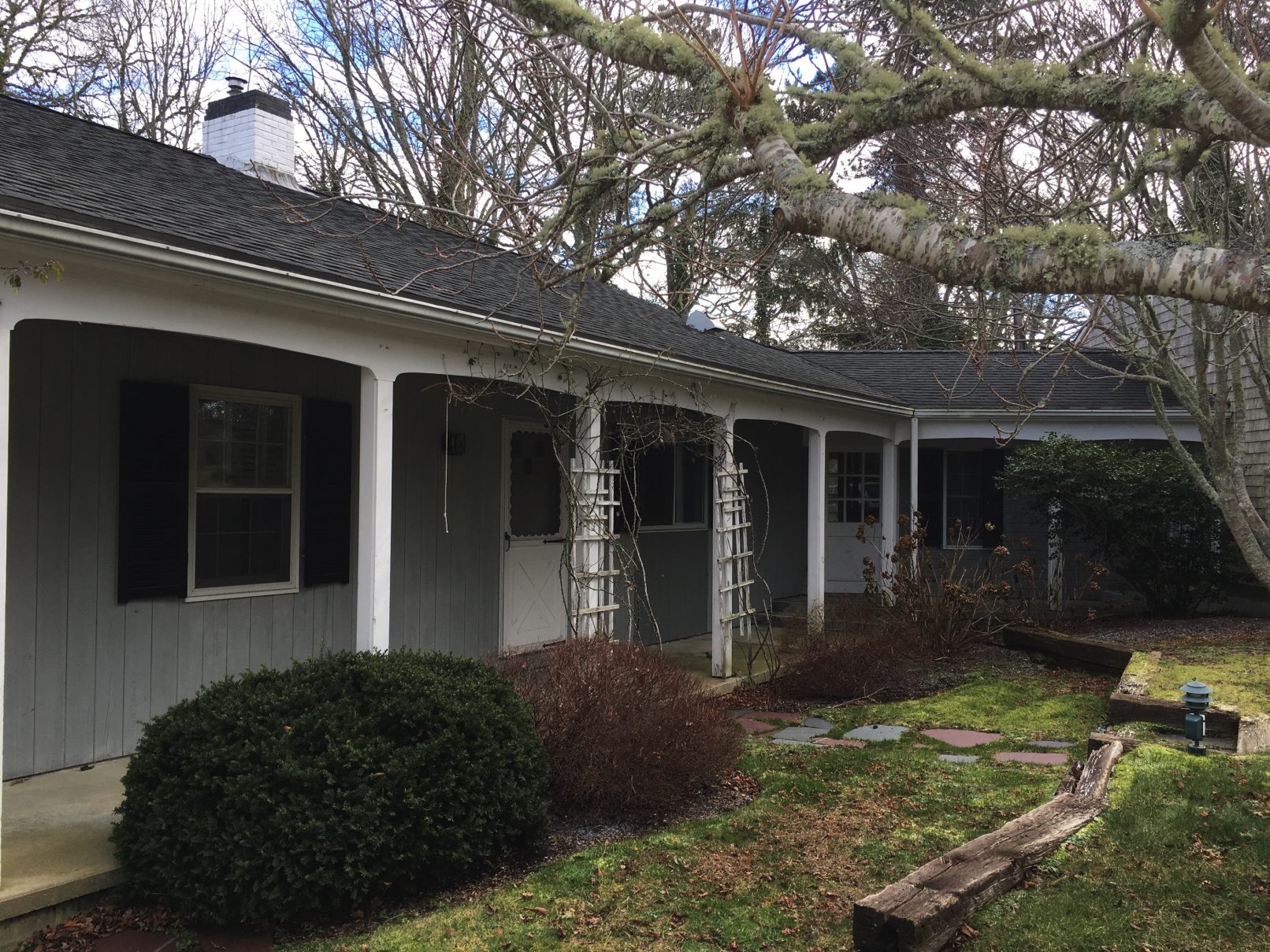 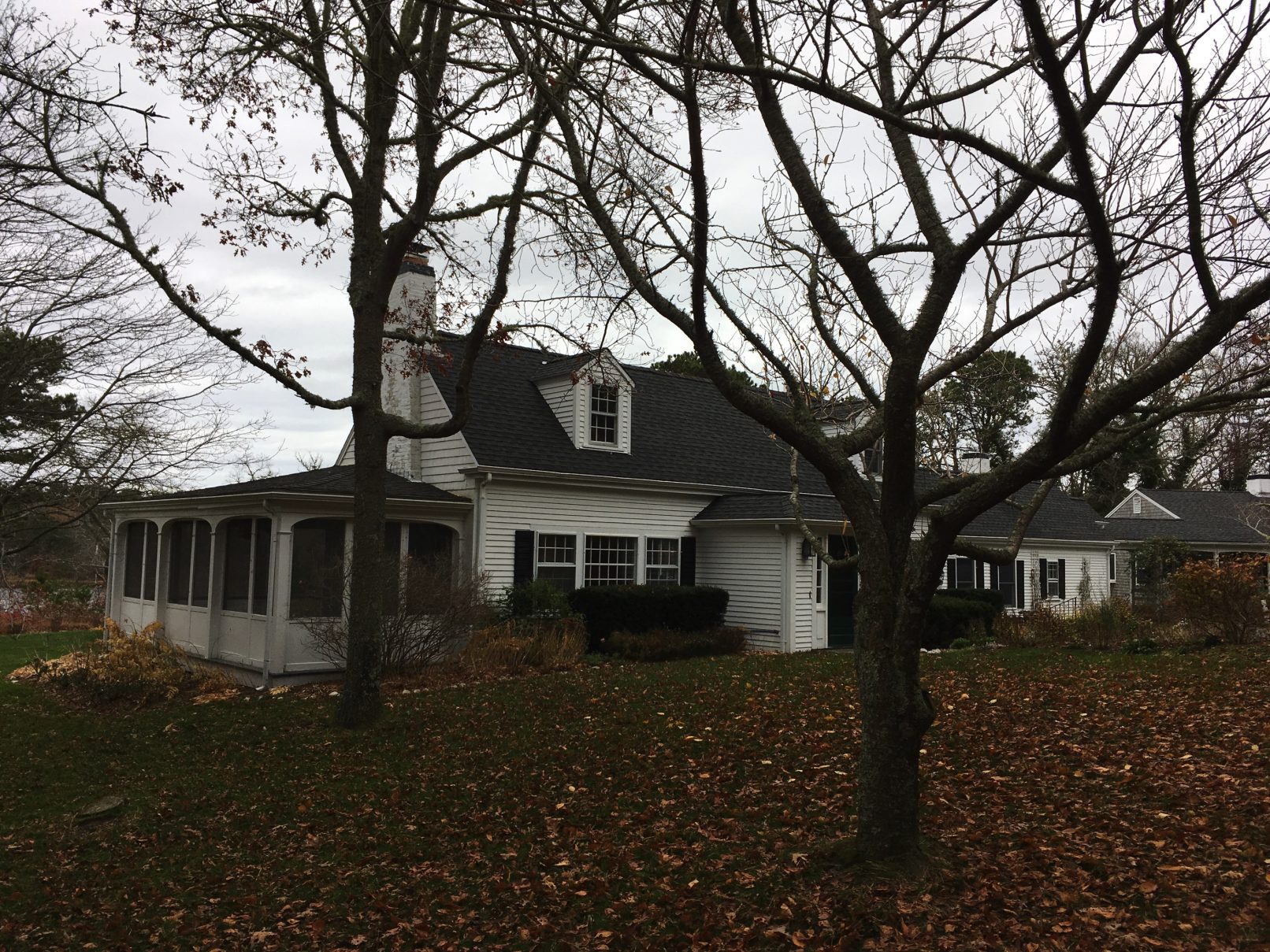 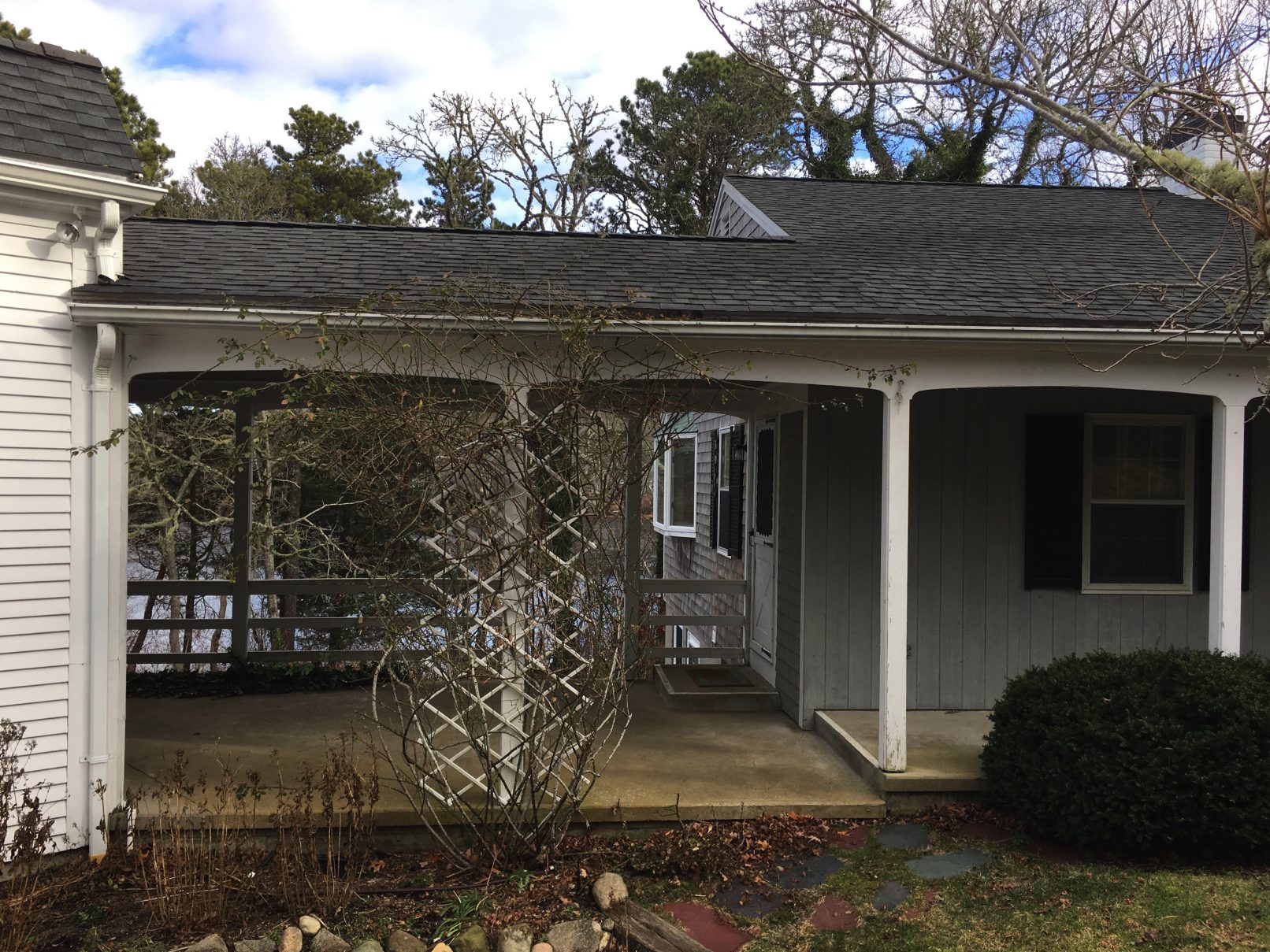 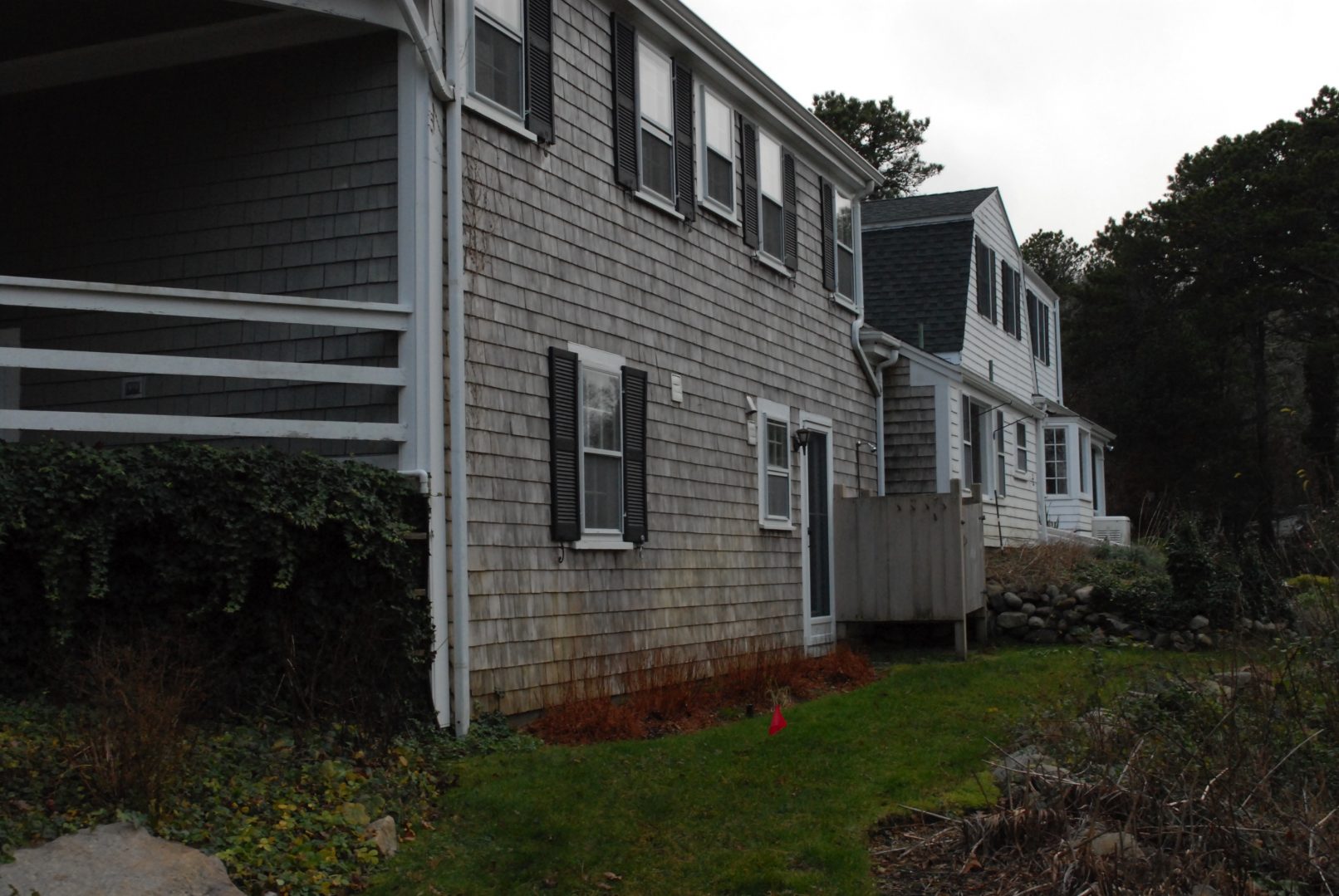 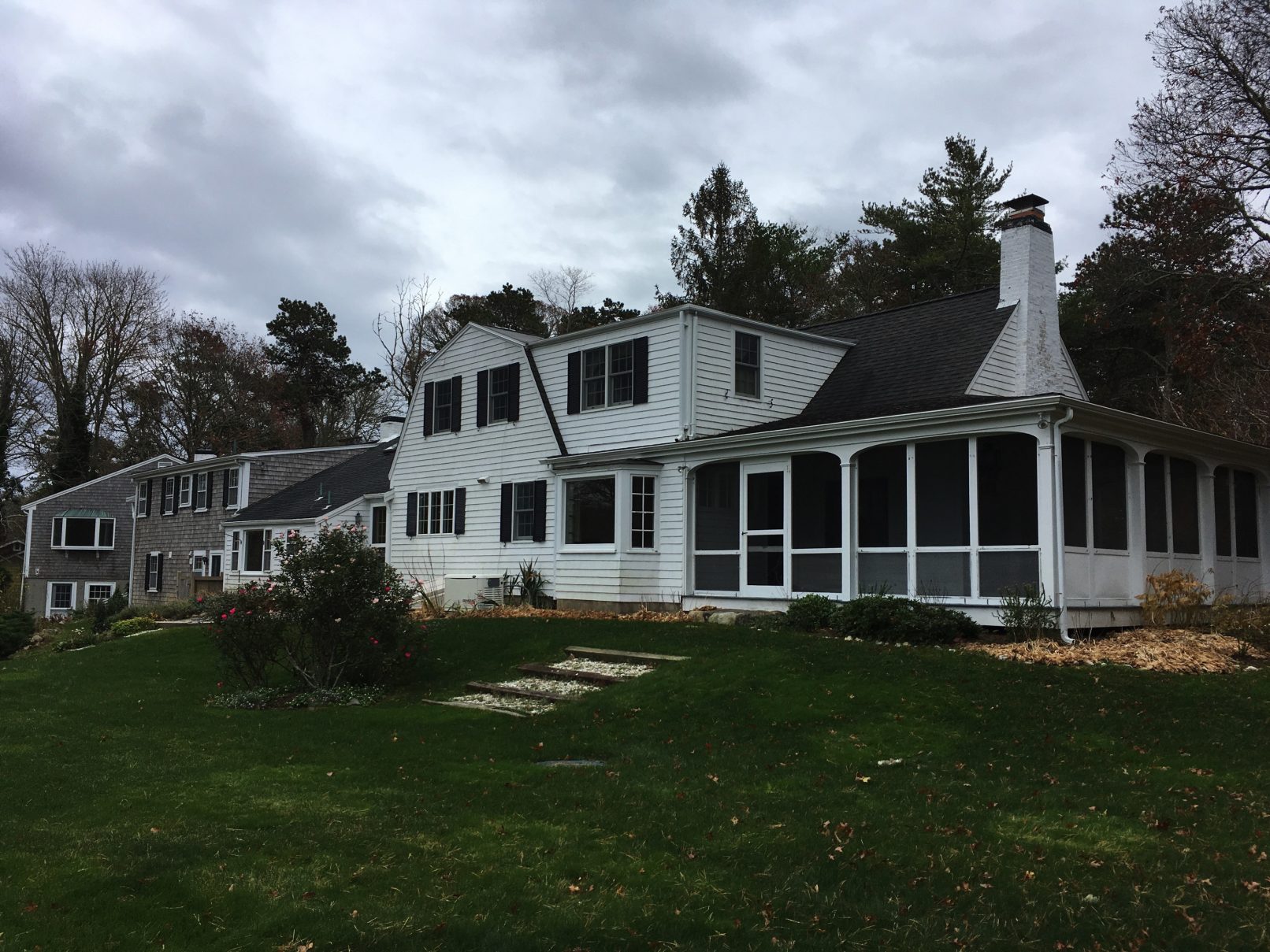 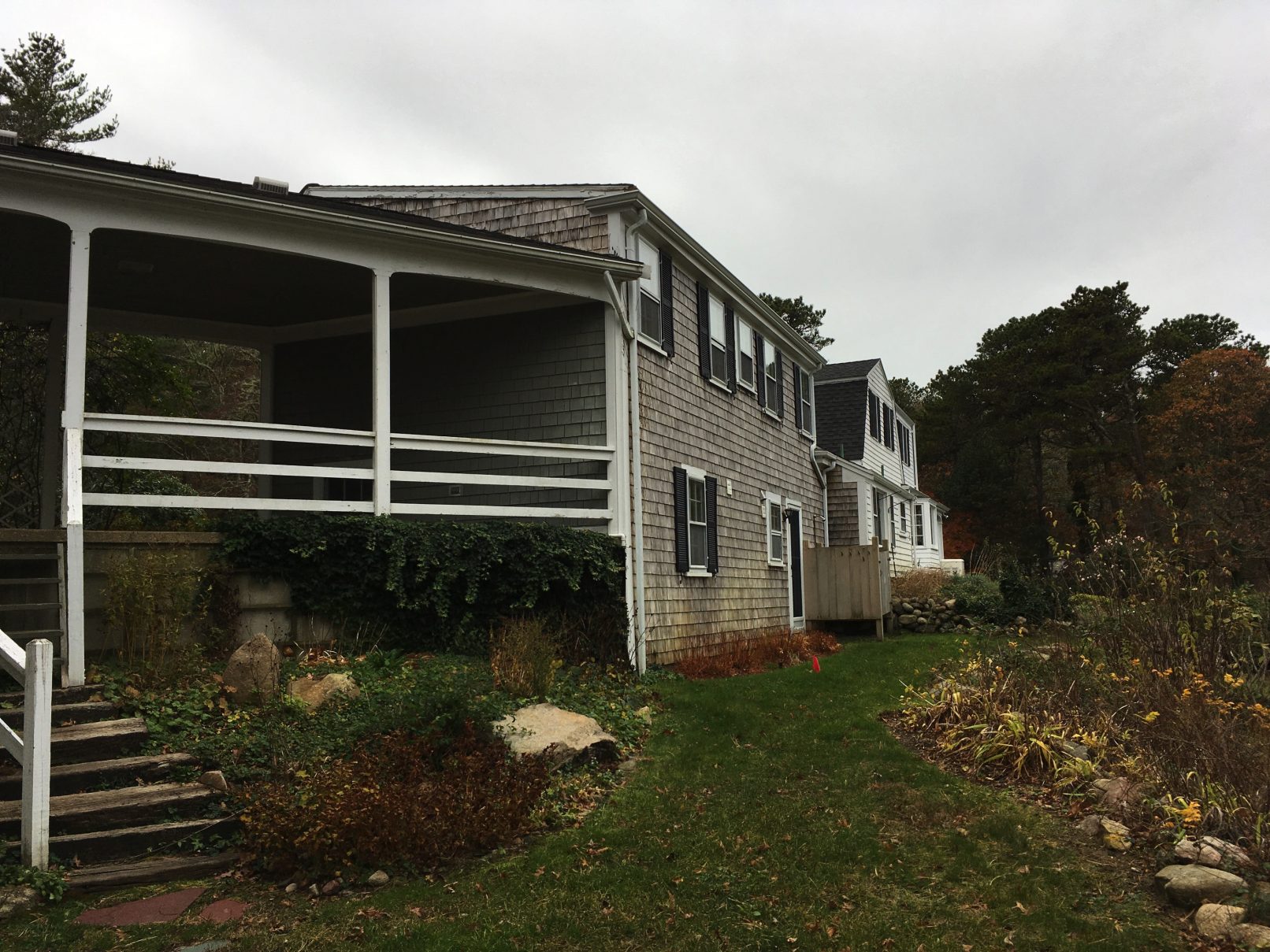 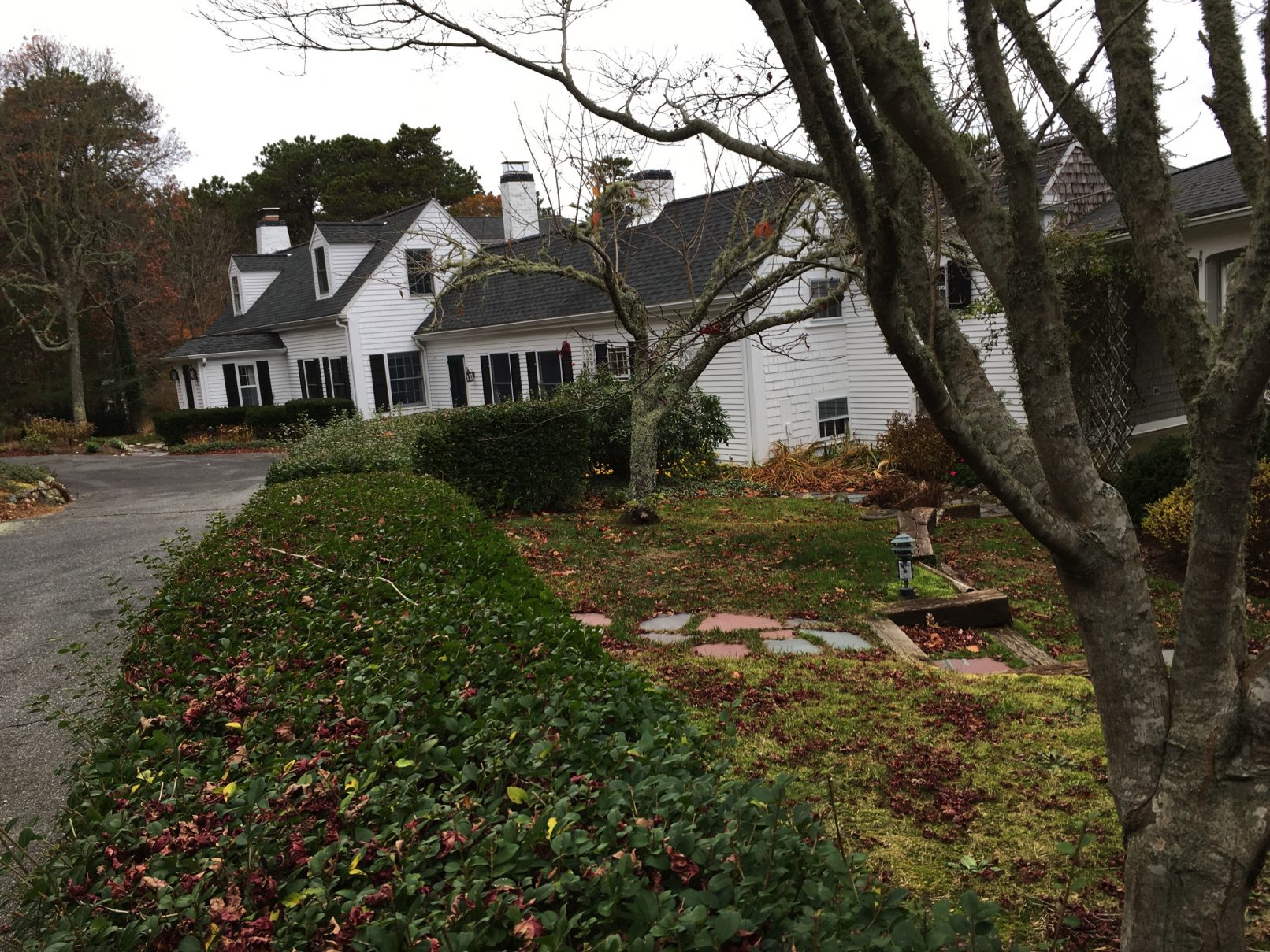 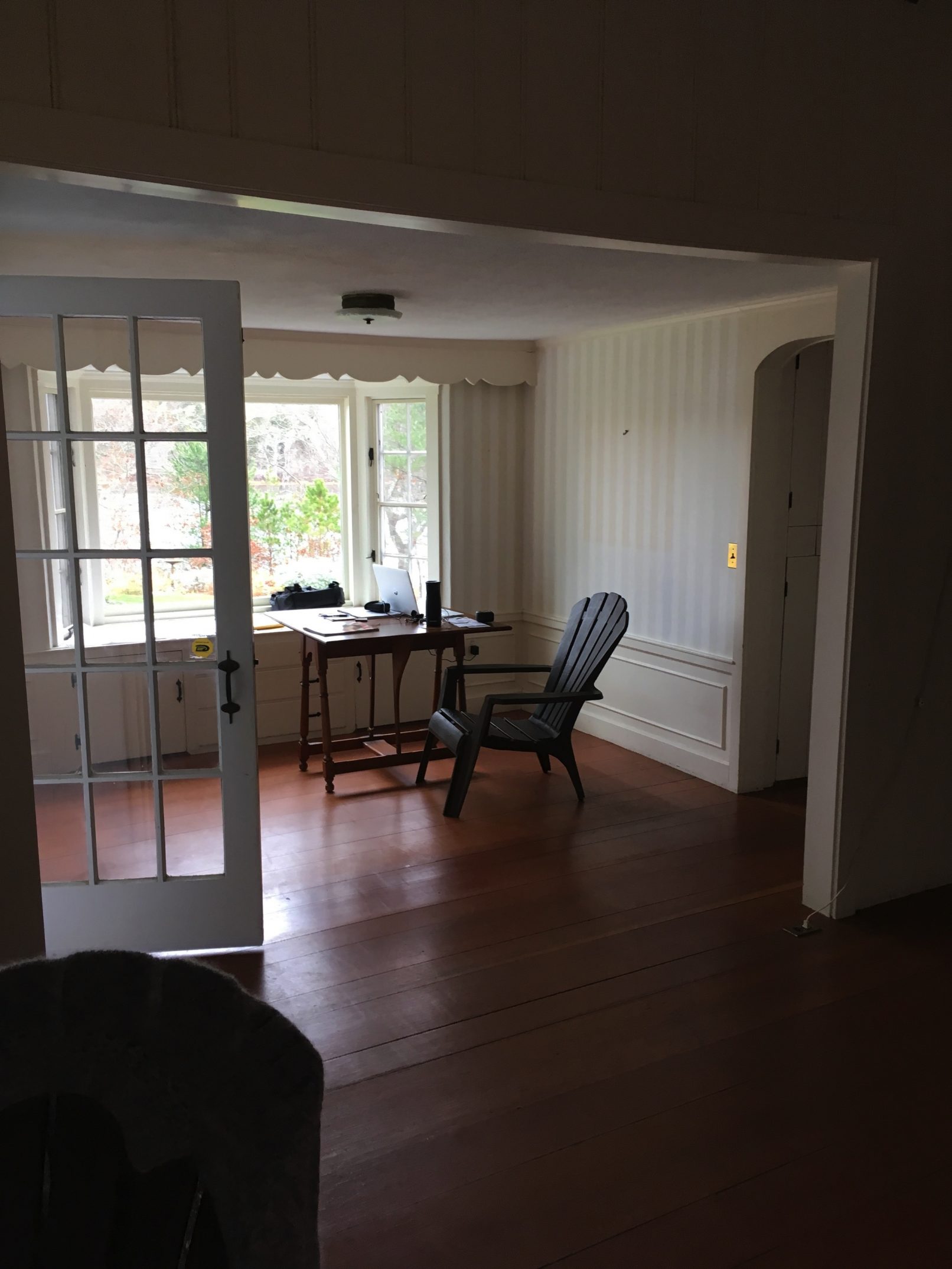 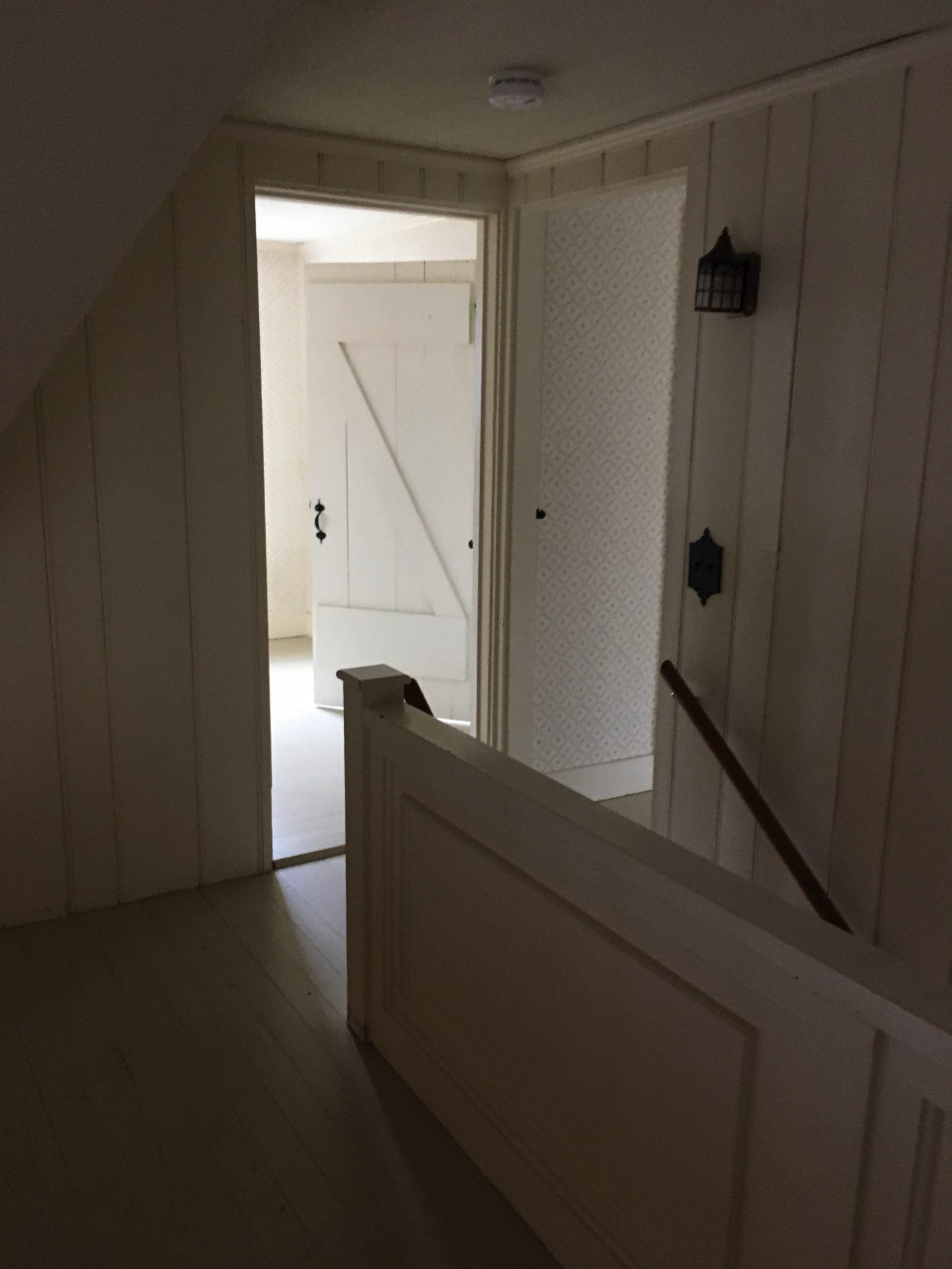 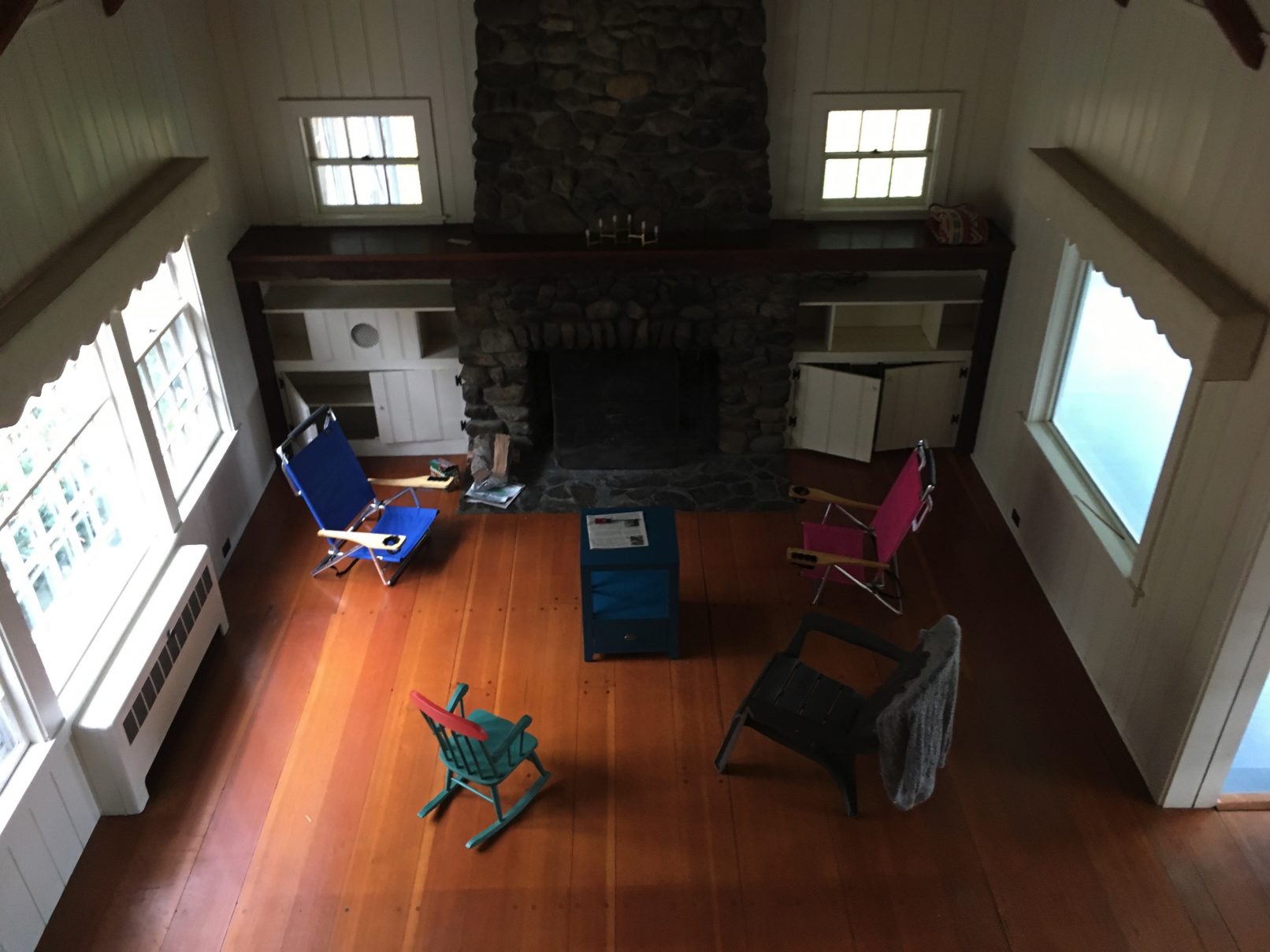 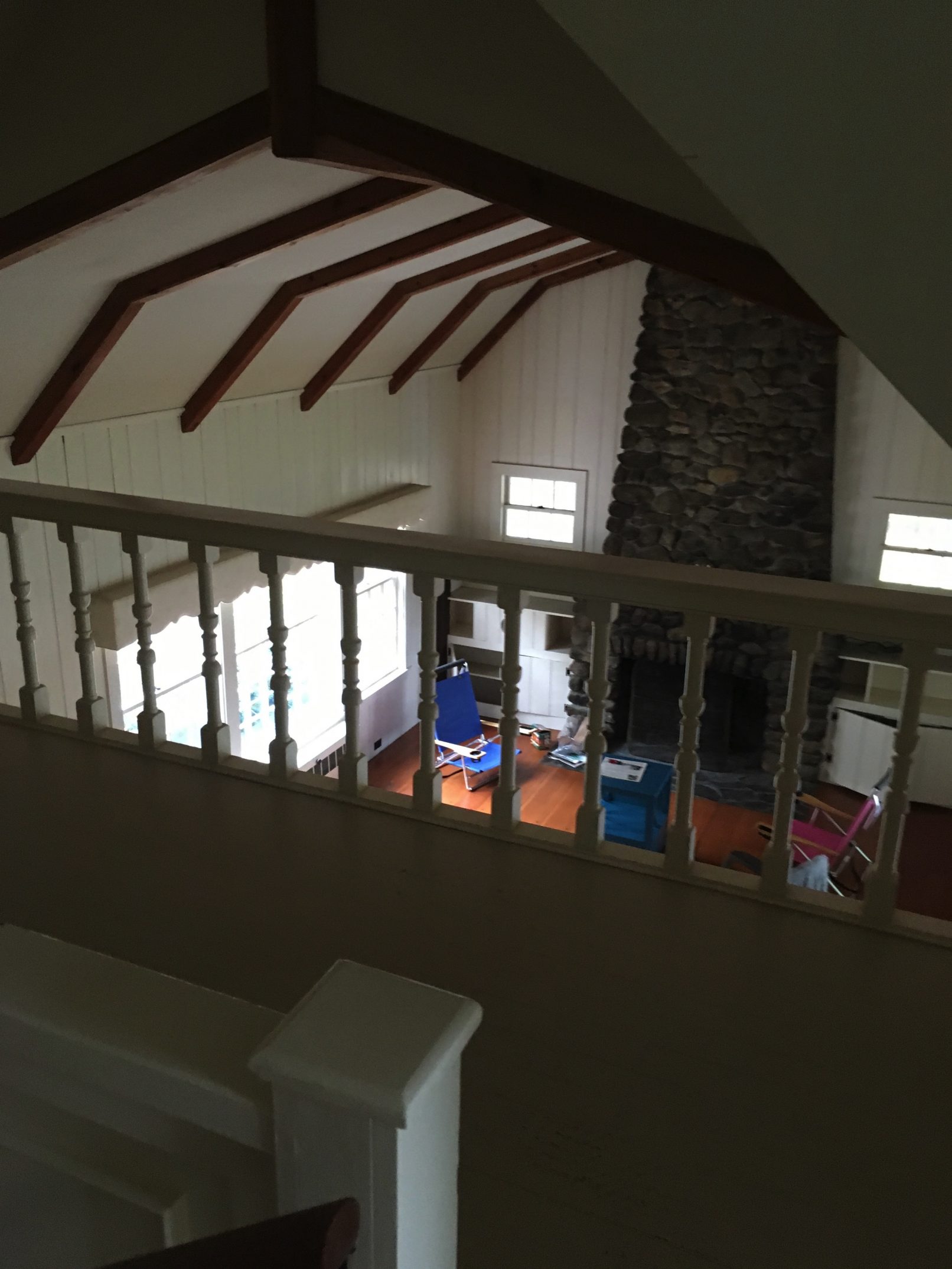 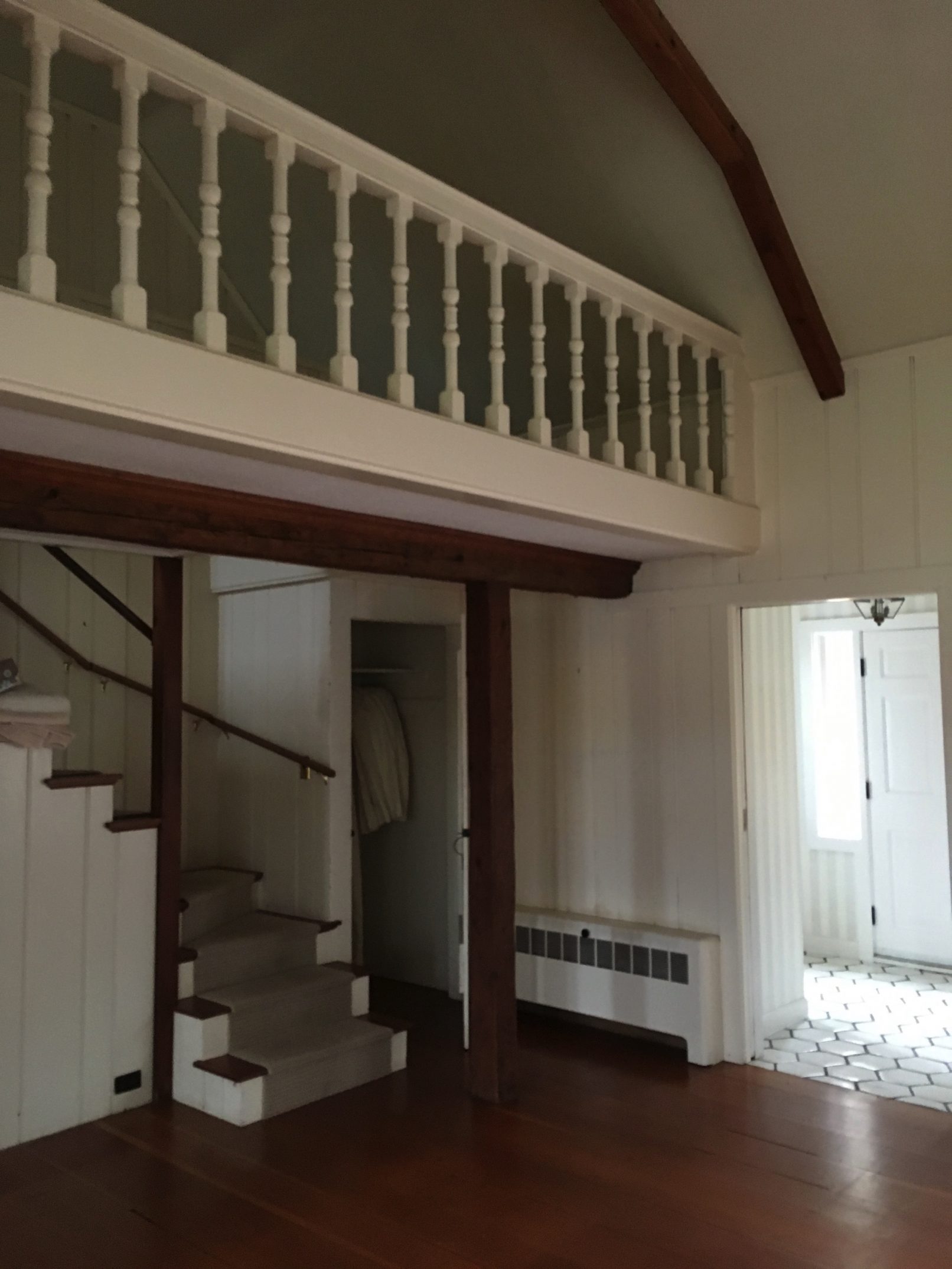 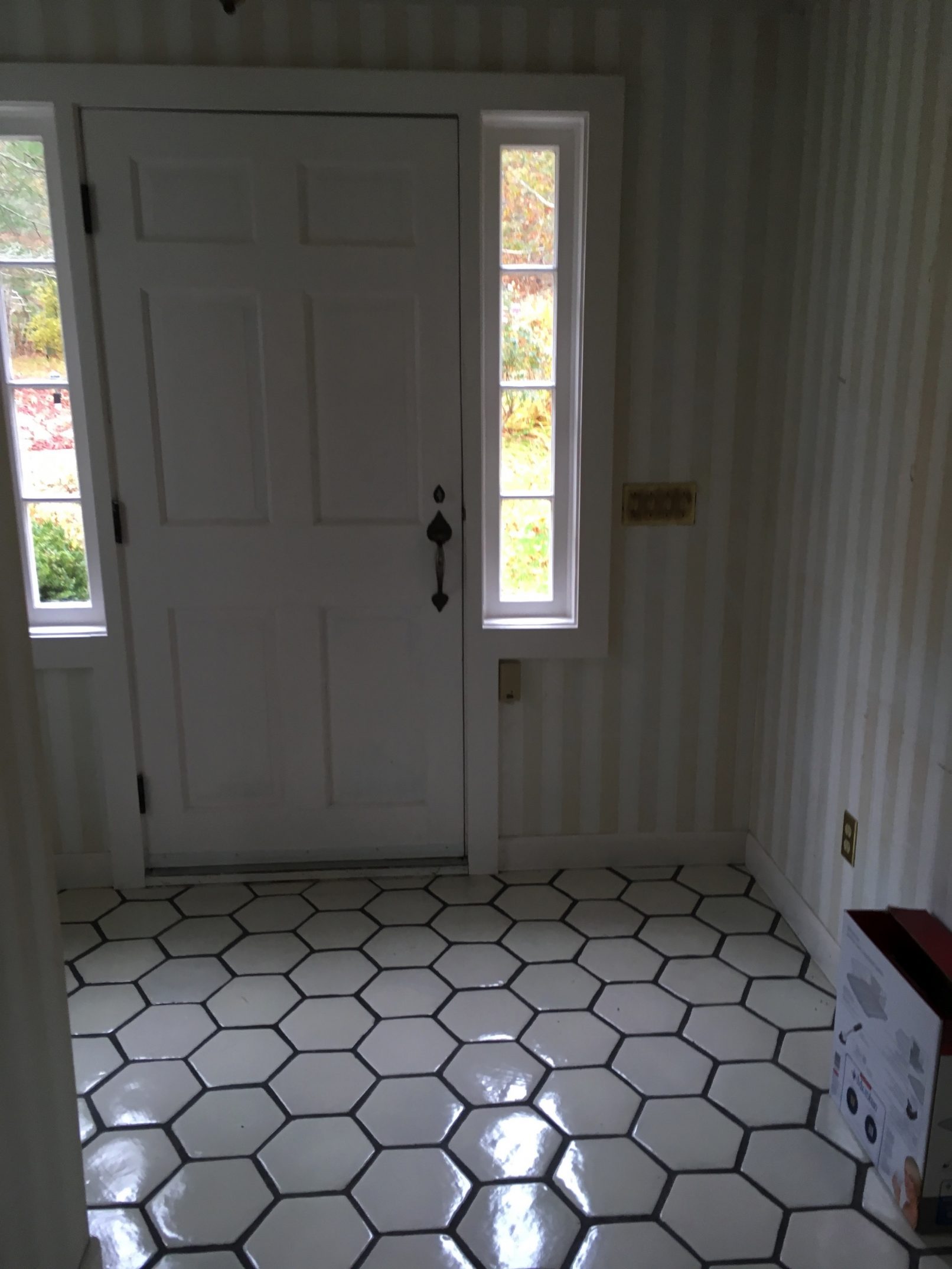 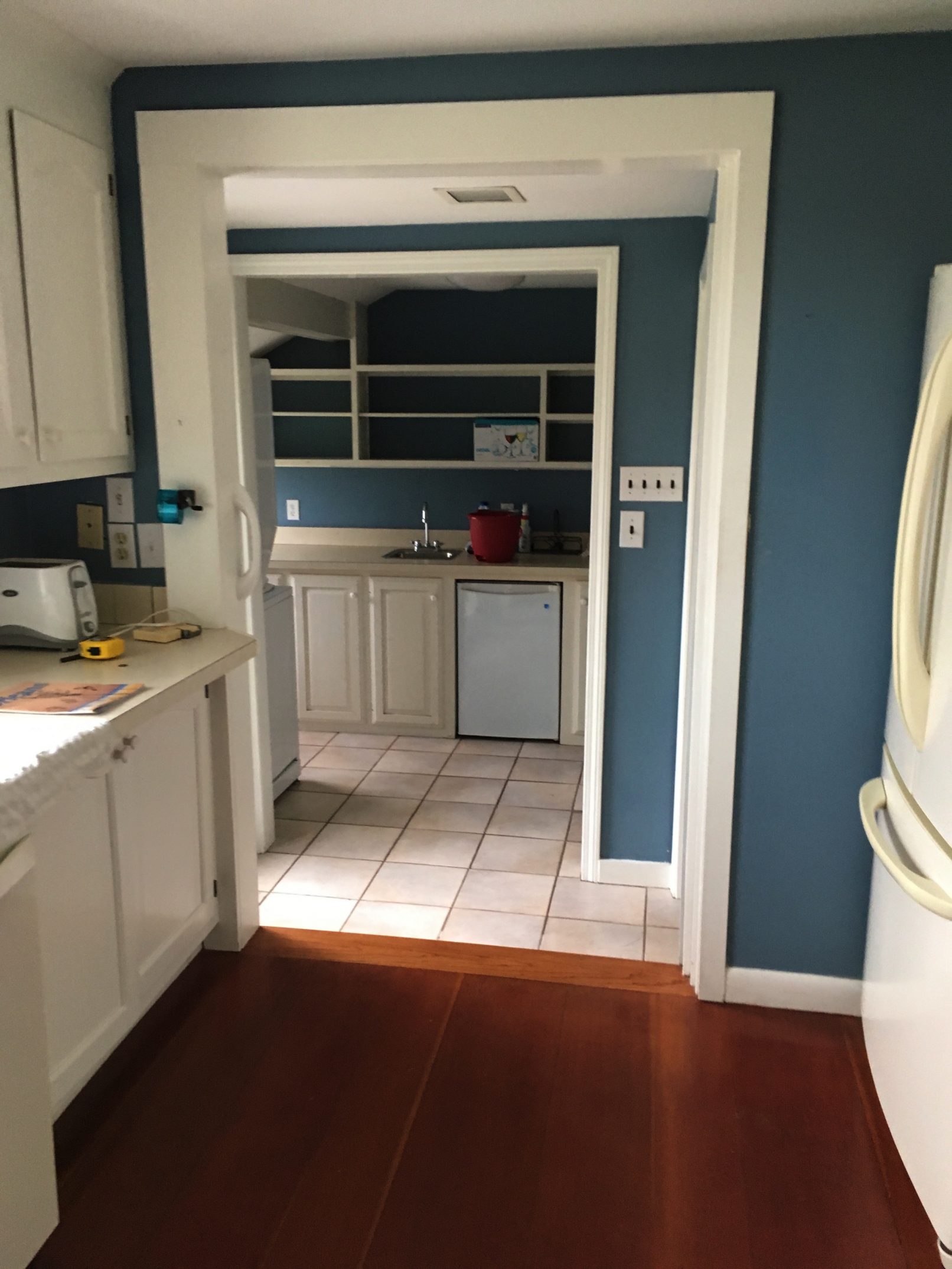 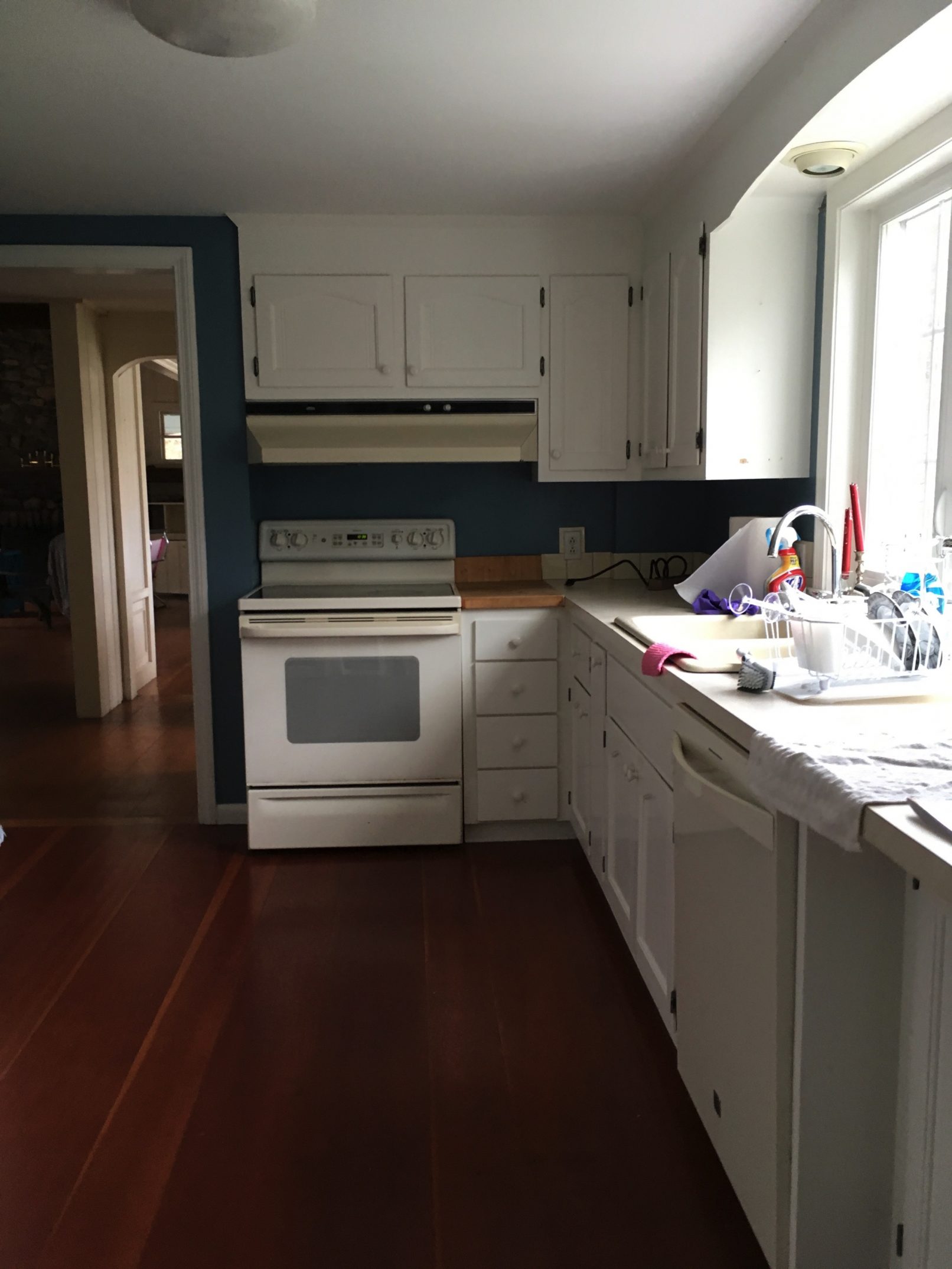 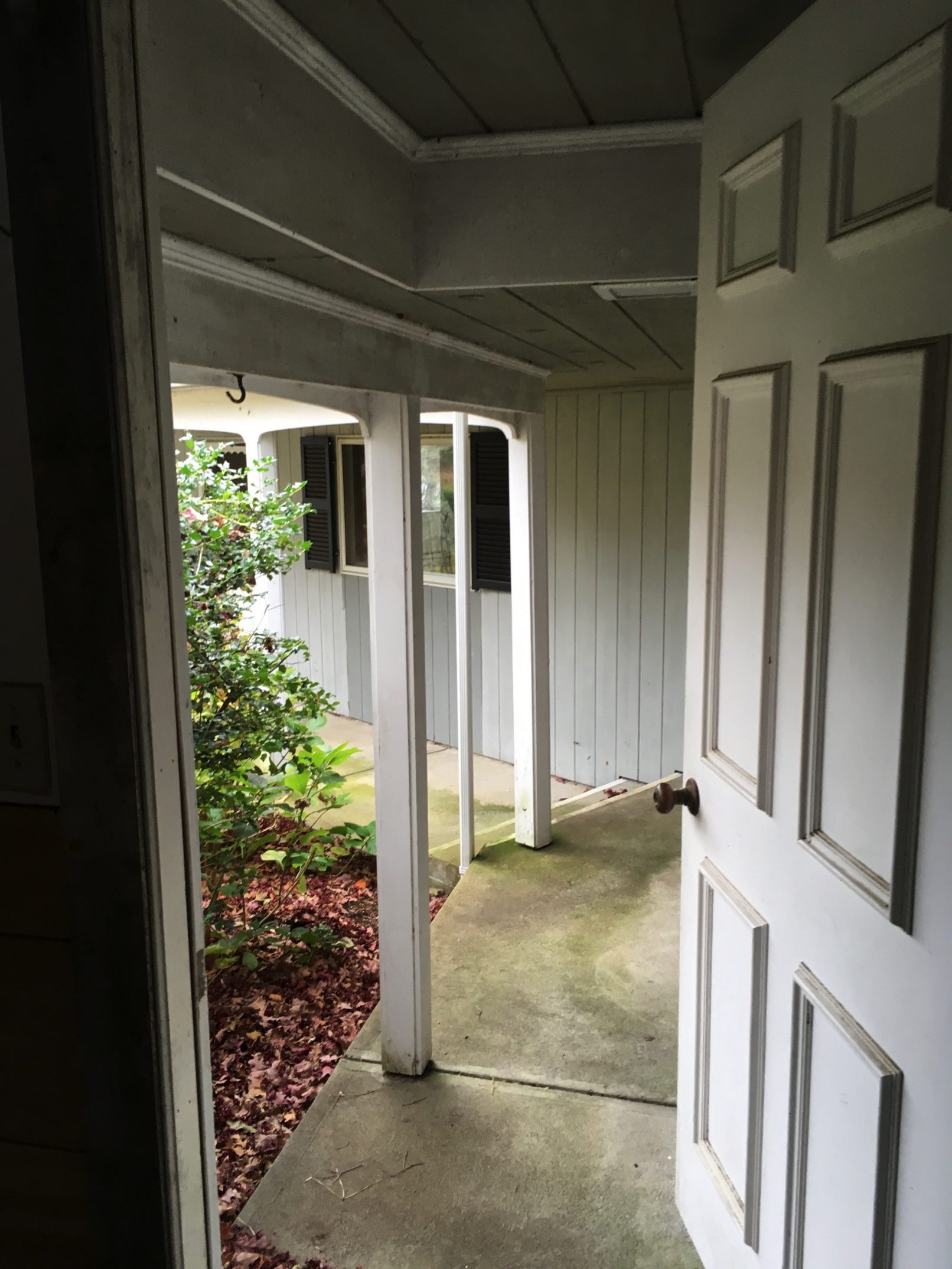 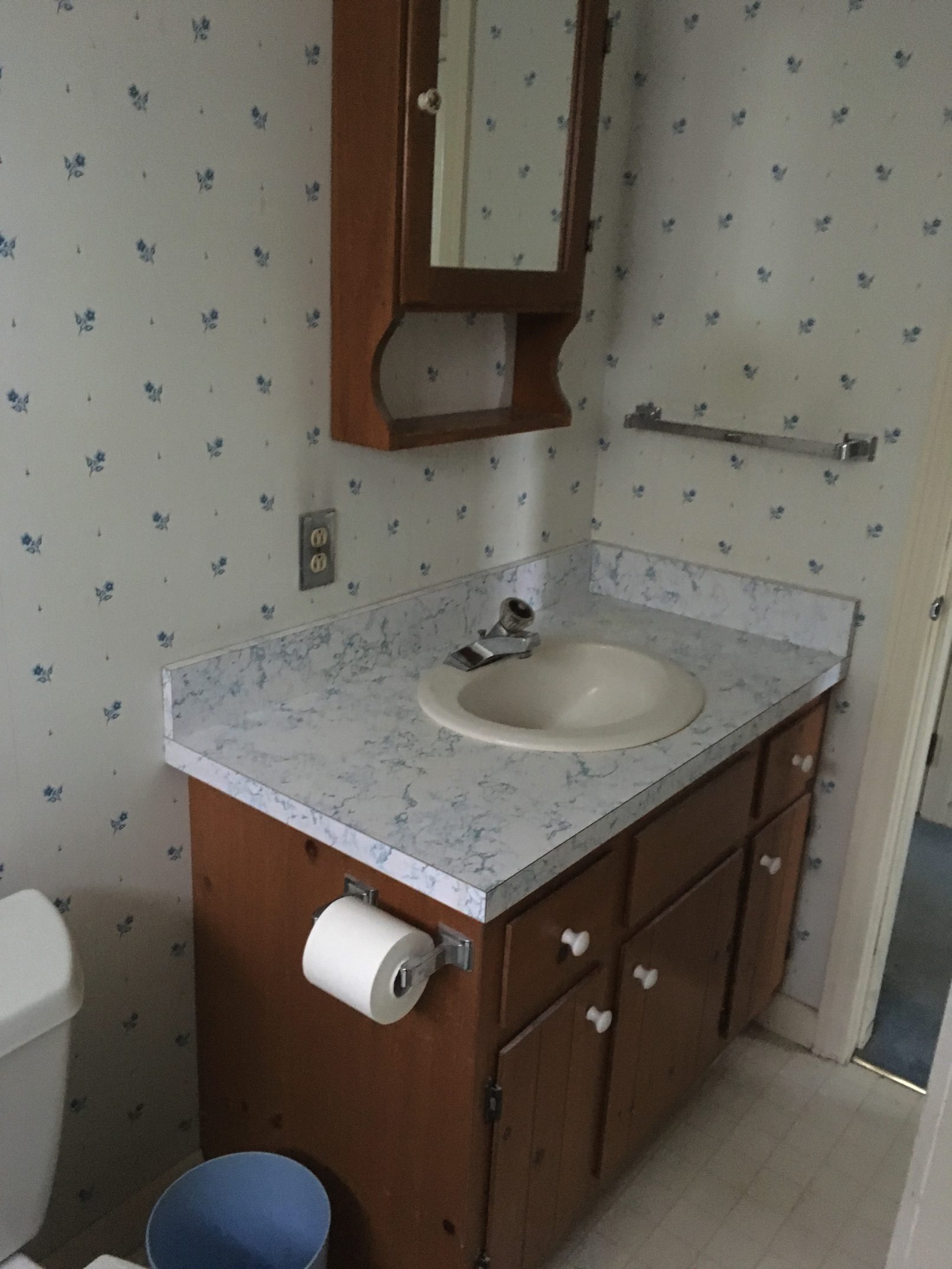 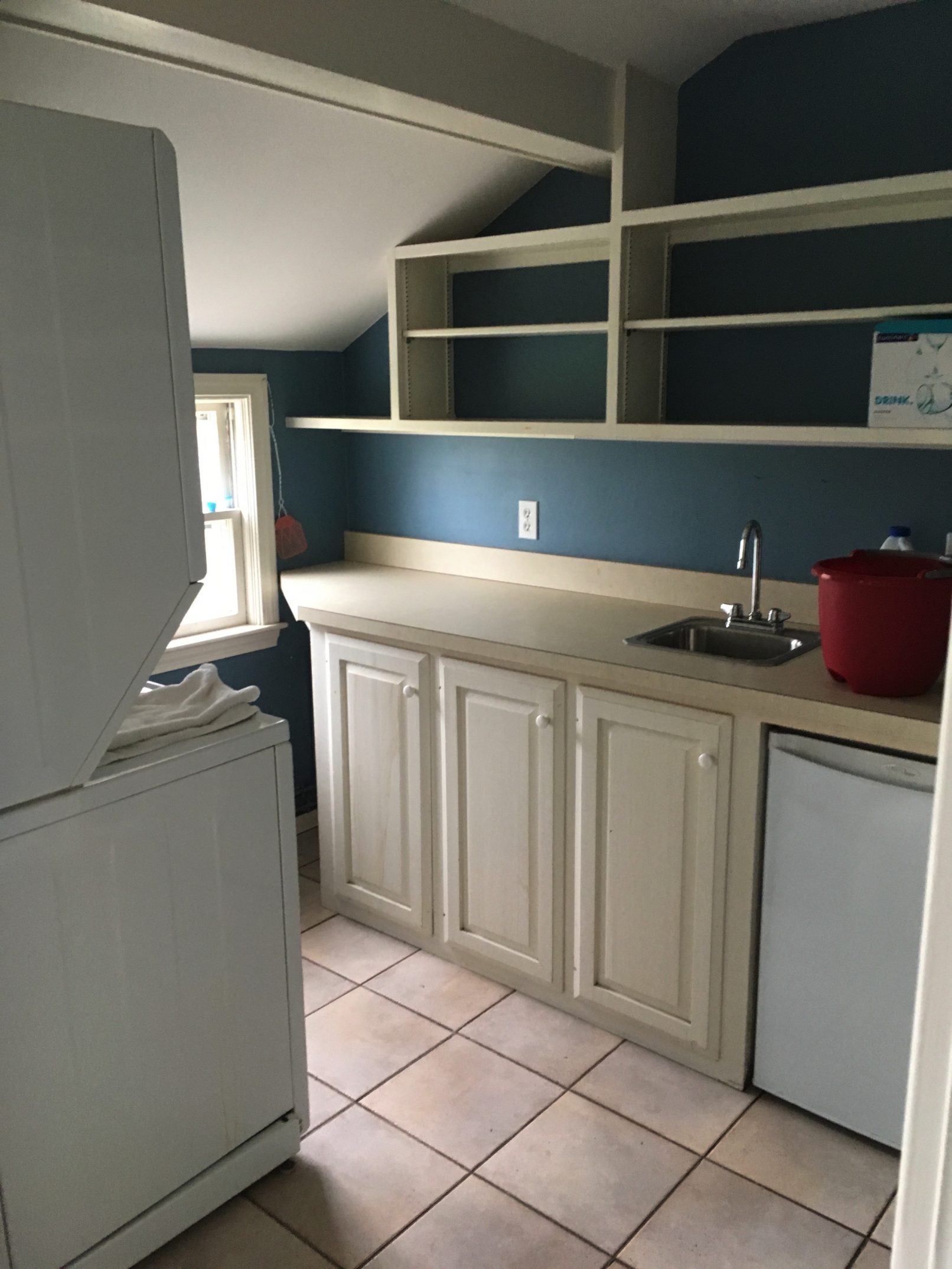 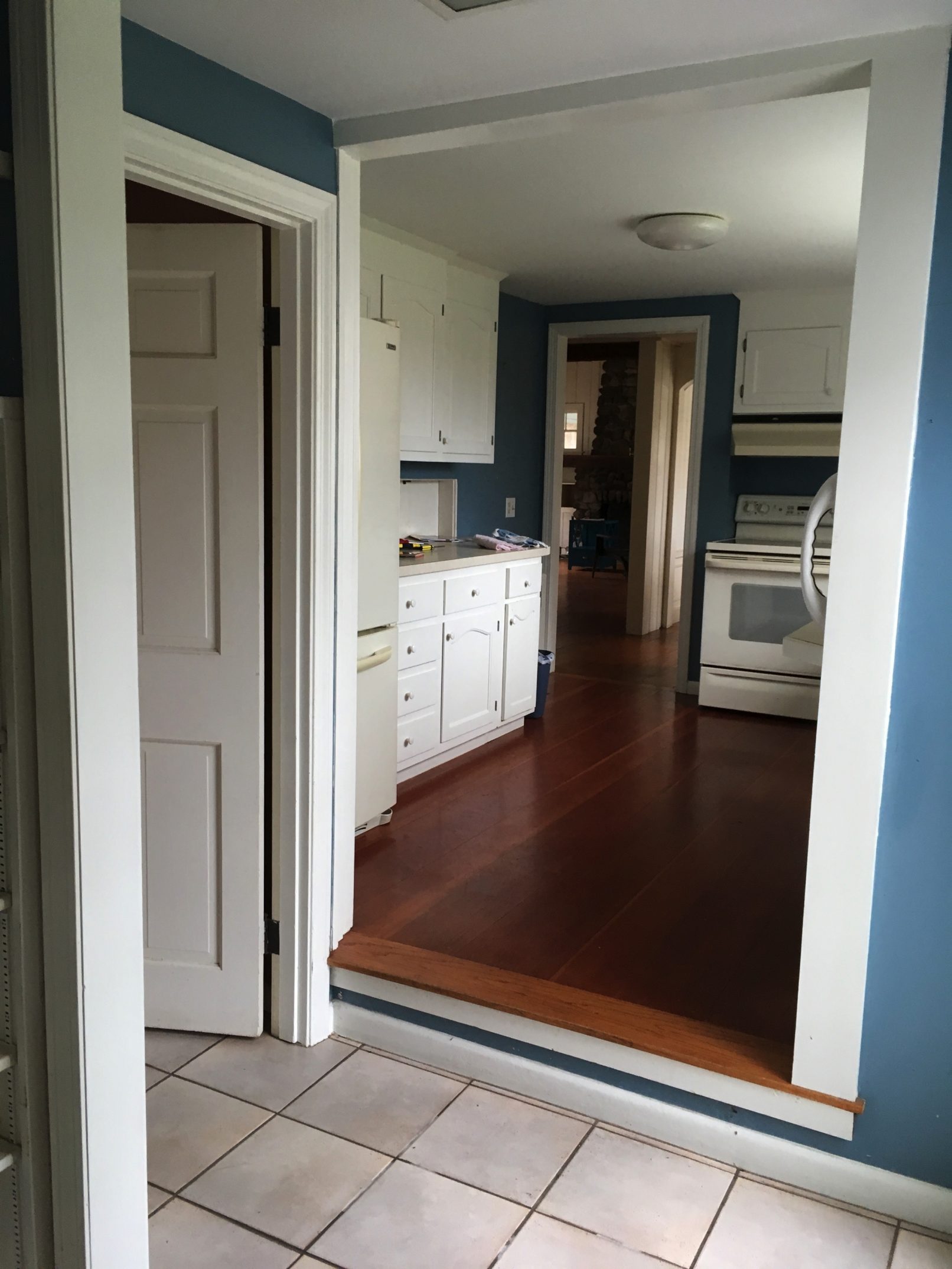 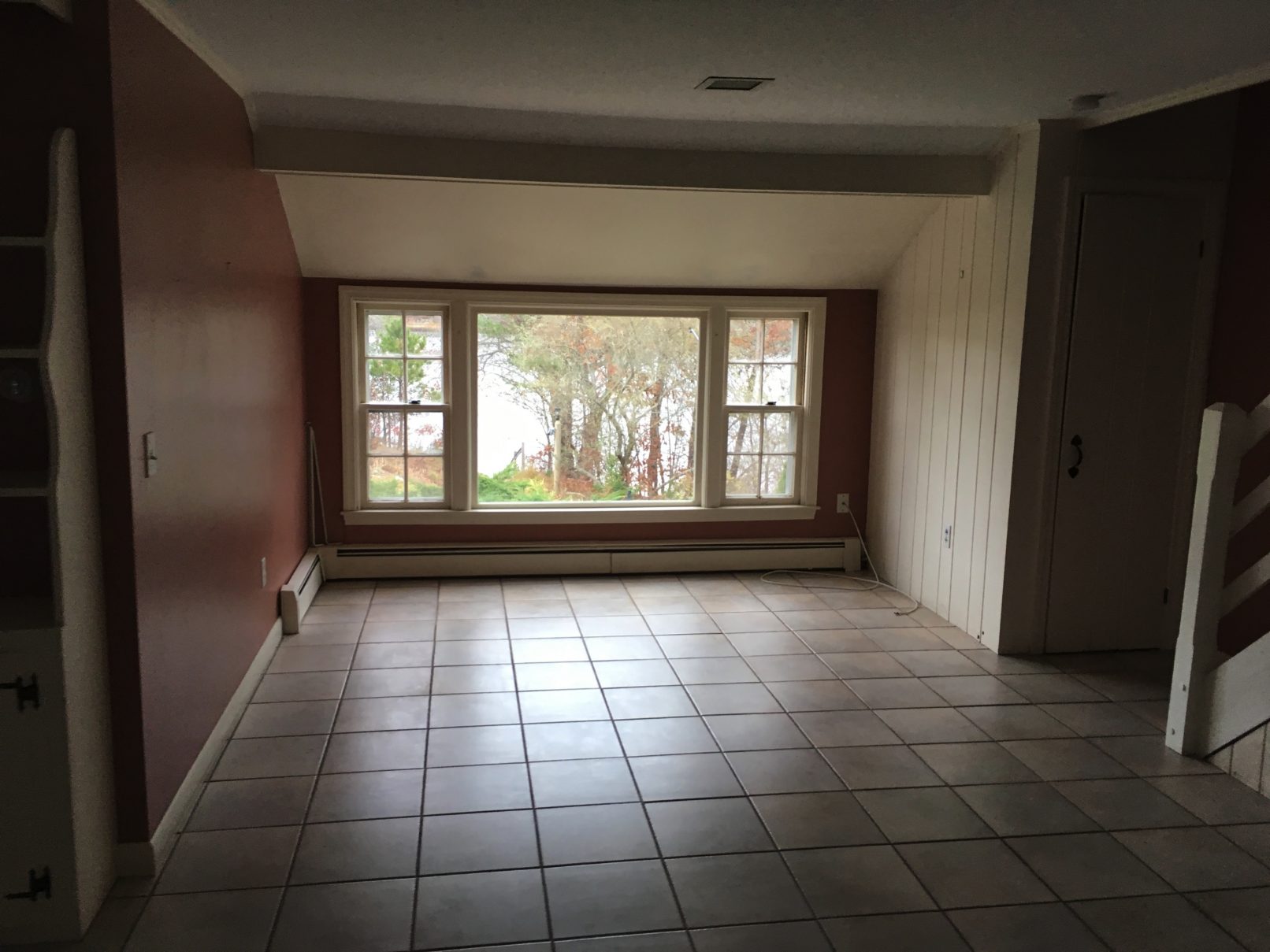 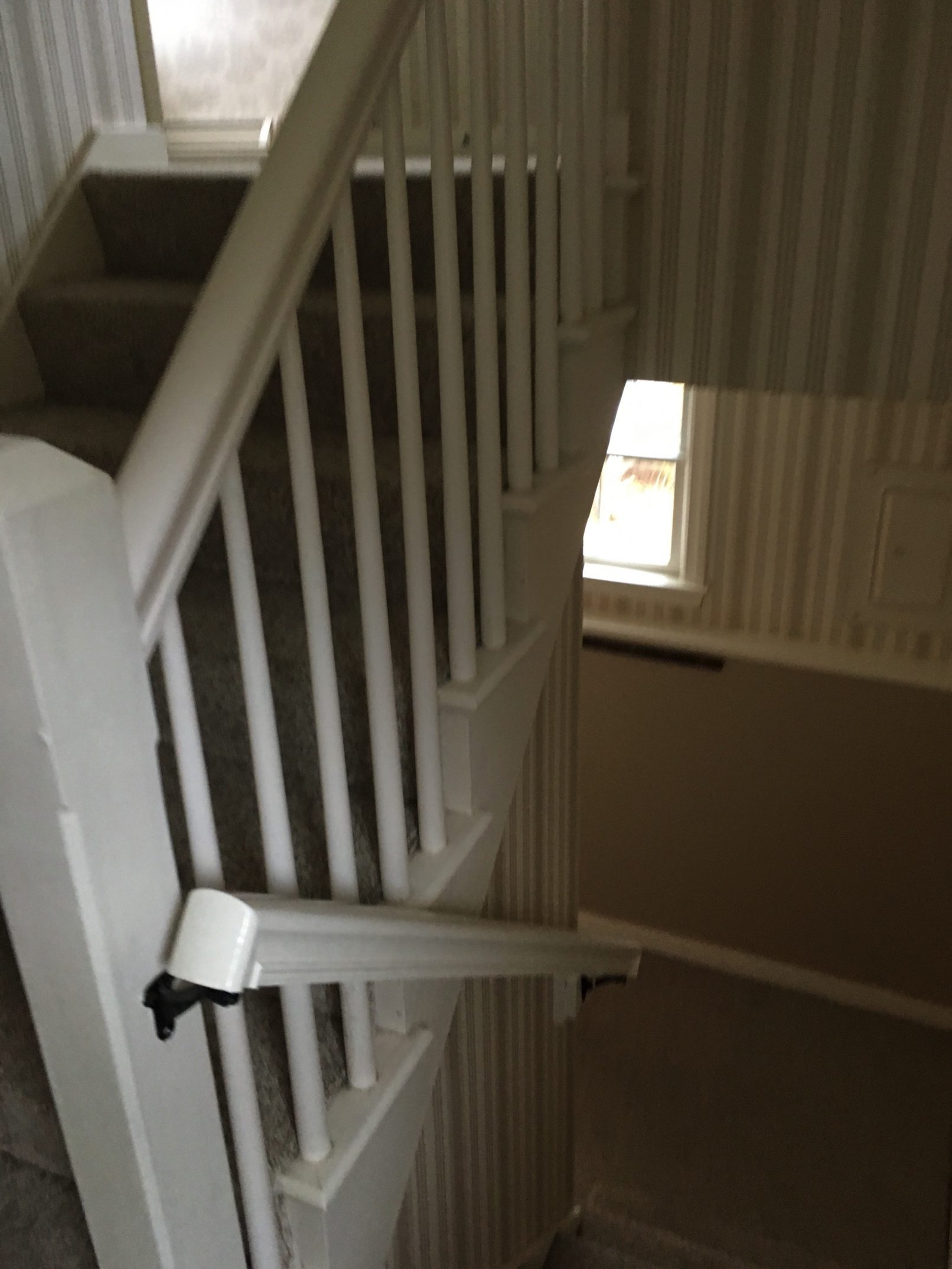 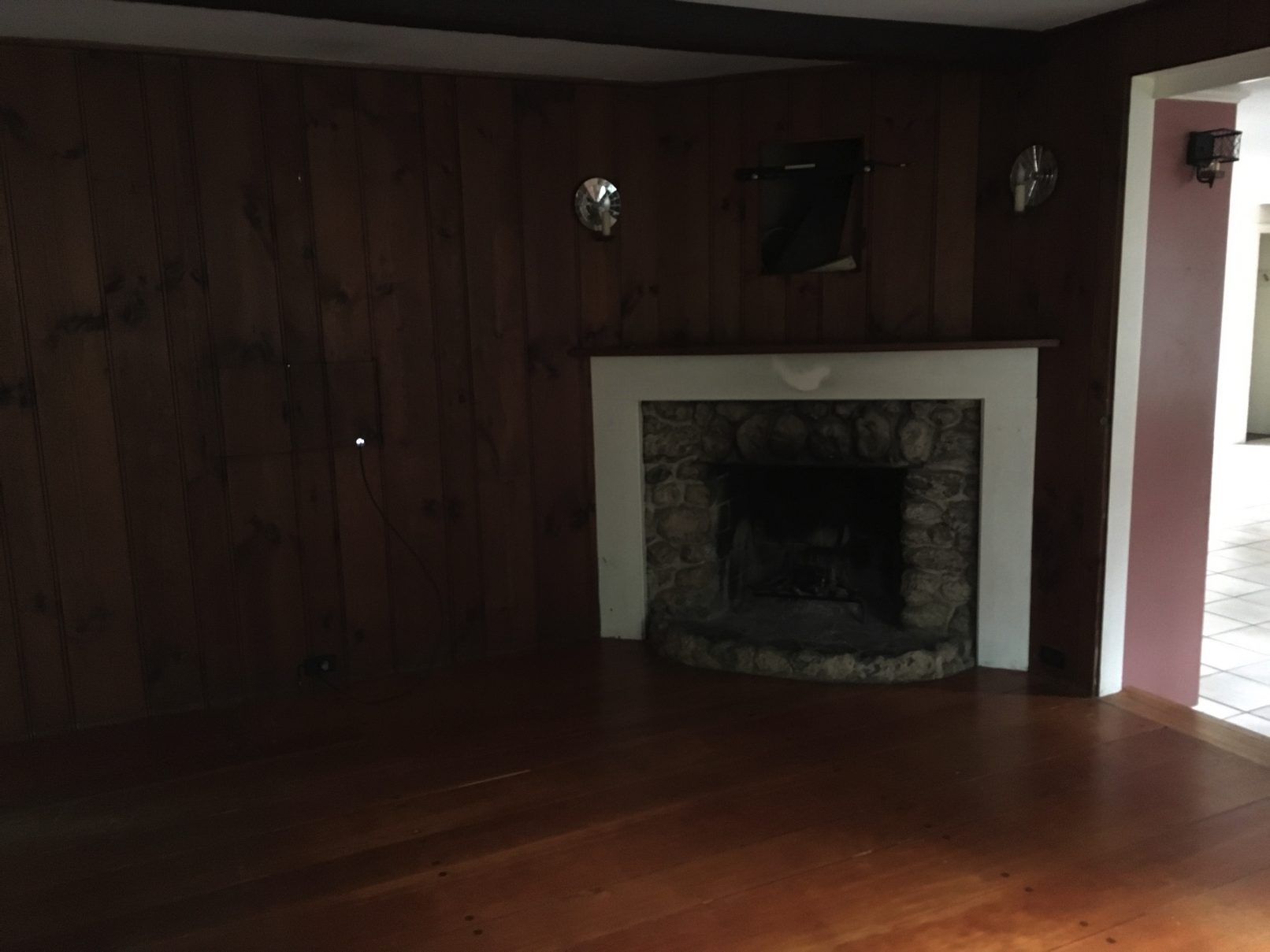 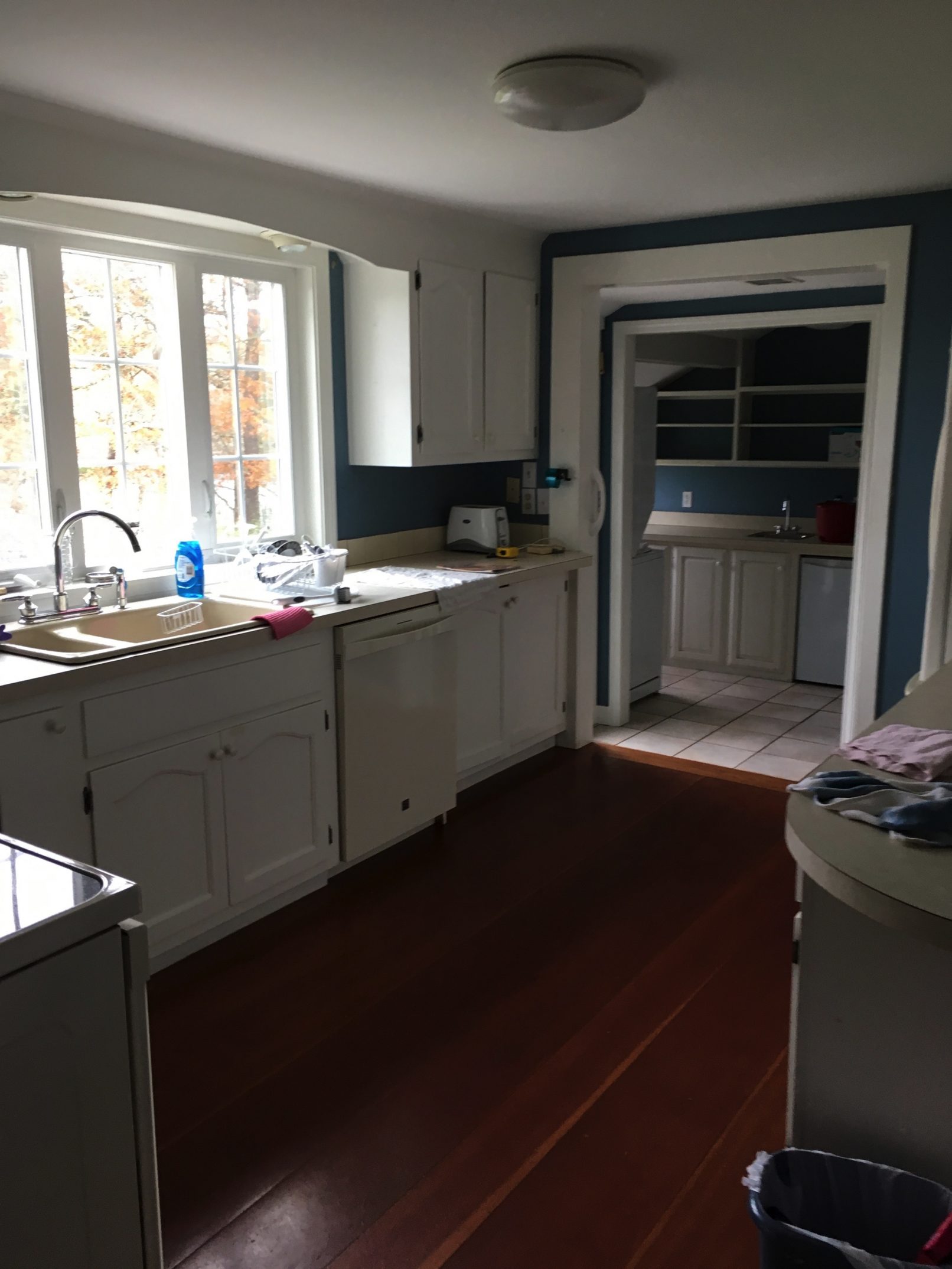 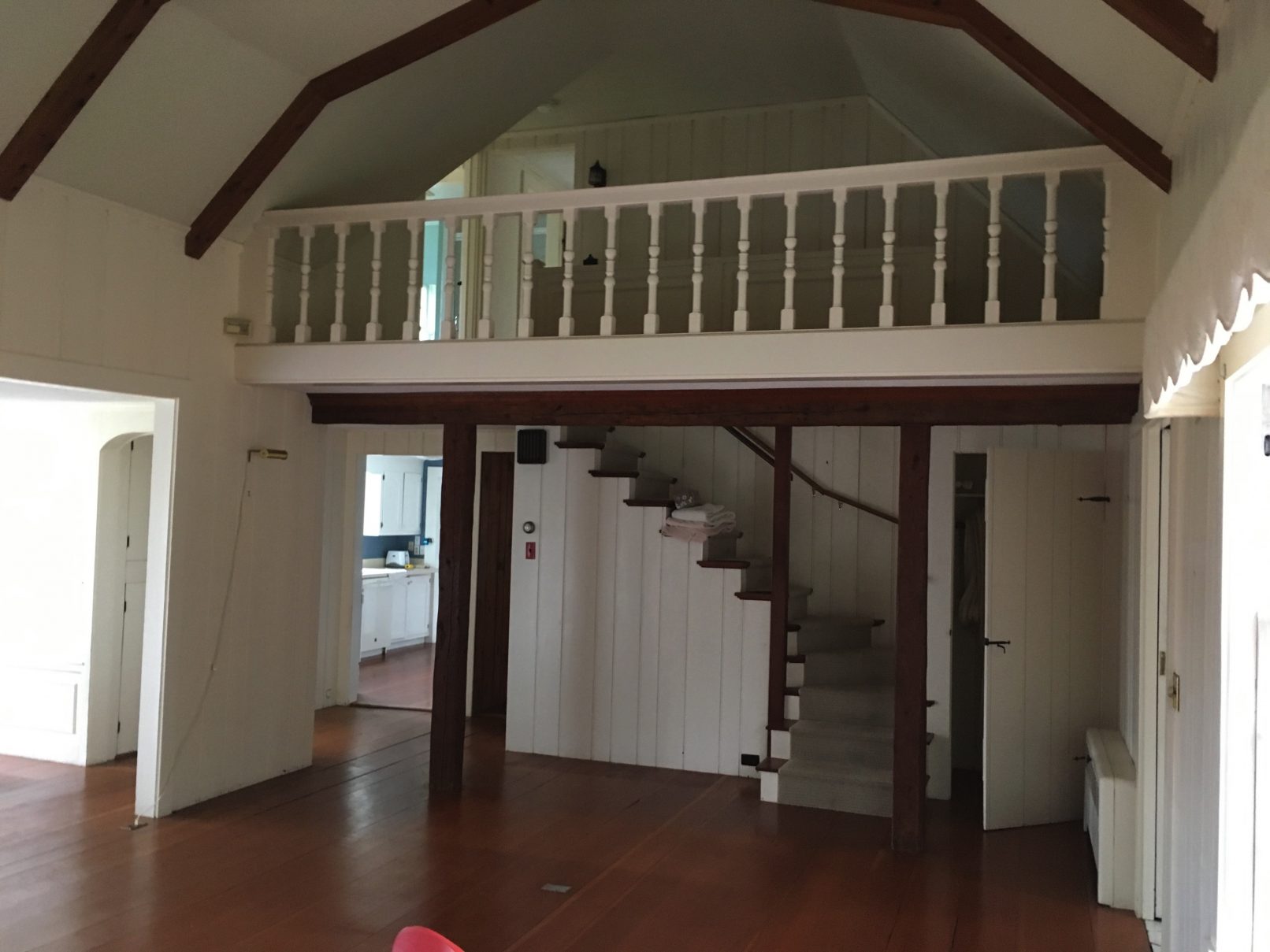