The Octagon House project involved the remodeling of, and an addition to, a small half Cape with an existing gabled roof addition off of the rear. The client wanted to renovate the house, adding a new kitchen, laundry and garage and enhance the adjoining living spaces.

The house is sited in the woods of Brewster and in order to avoid having the new addition overshadow the original half Cape house, the new garage addition was separated from the main house by a trellis and recessed front entryway and the garage roof was set back slightly from the main house with a broken roof pitch to allow the existing roof to have visual prominence.

The rear of the house, which overlooks a beautifully landscaped garden with woods beyond, is contemporary in its massing, its detailing and fenestration, allowing the inside to be more effectively connected to the outside spaces.

The materials used are red cedar clapboards and trim painted in a palette of historic colors.

Aline Architecture’s Landscape Architect, Brandon Sackett designed the landscaping which included some challenging level changes at the rear. These were achieved using large boulder retaining walls which help to connect the building to the landscape and form a graceful sweep from the main living level down to the rear garden at the basement level.

The entire ground level of the house was reworked to allow the spaces to open into one another more freely and to move the center of the house away from the original building to an octagonal living room with a new kitchen, a den, and formal entryway radiating off of it. Careful attention was paid to creating a seamless interplay between the old and the new. 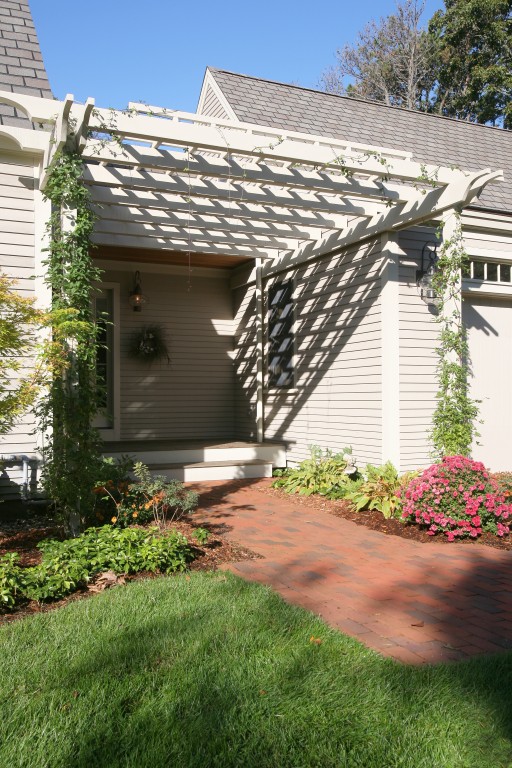 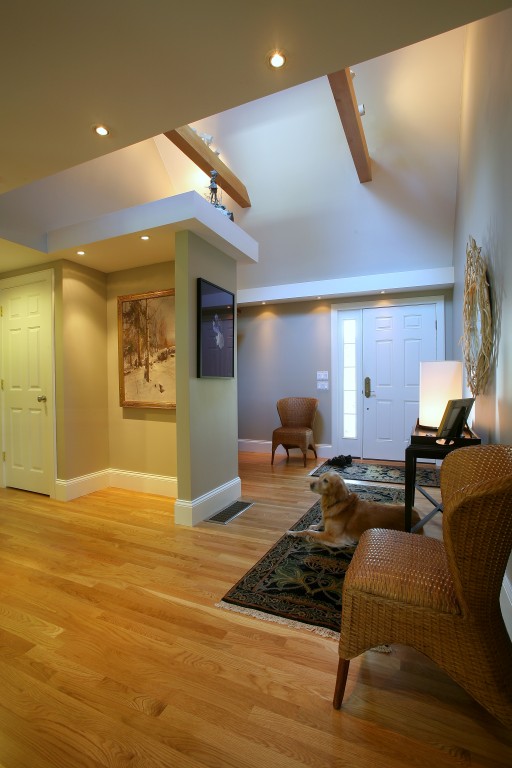 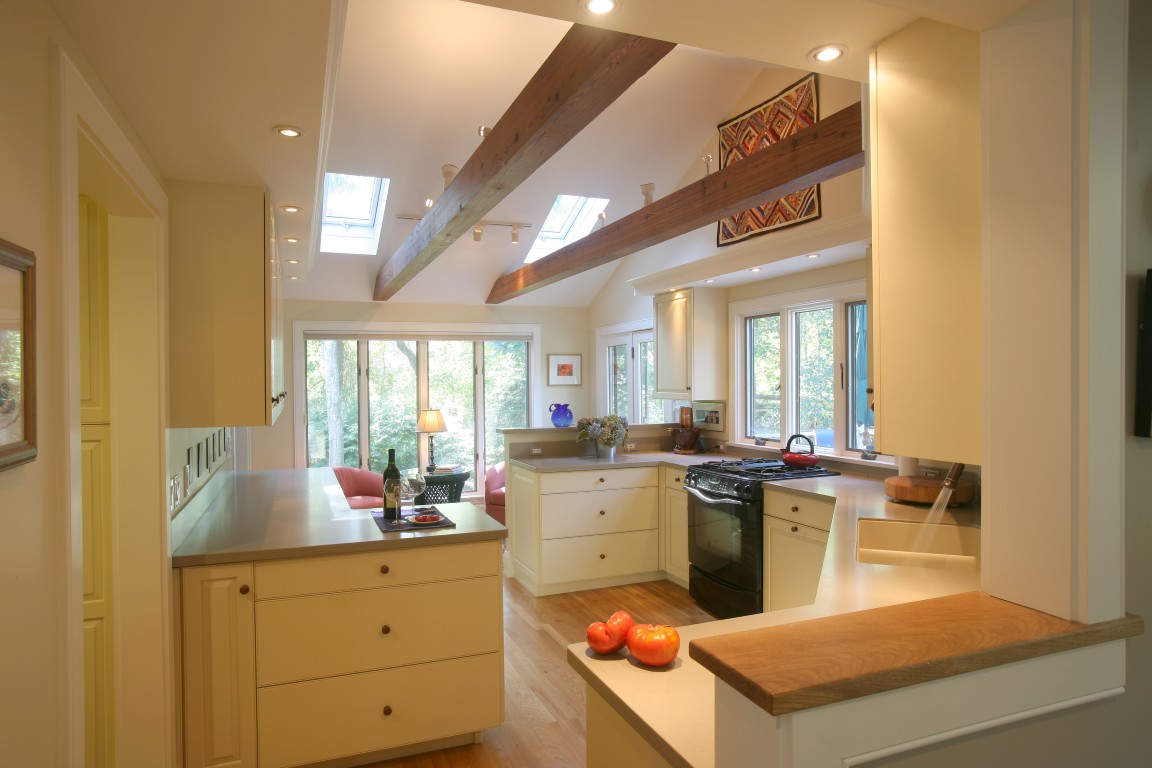 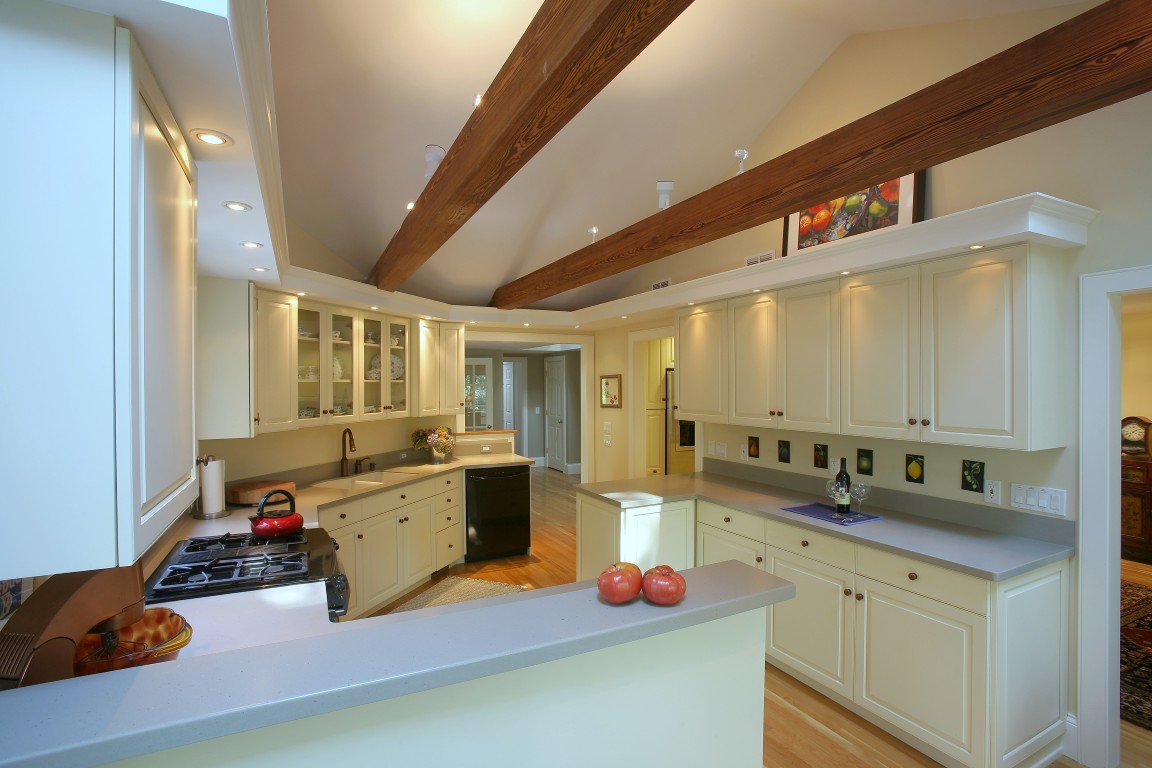 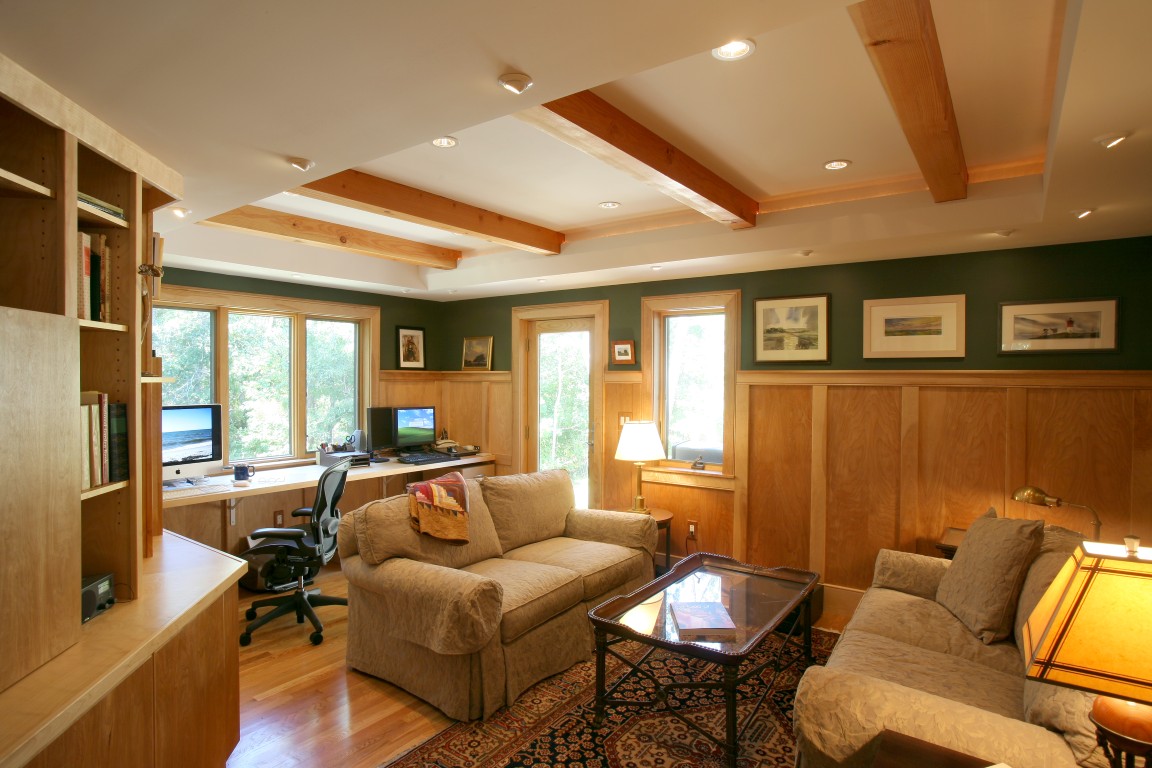 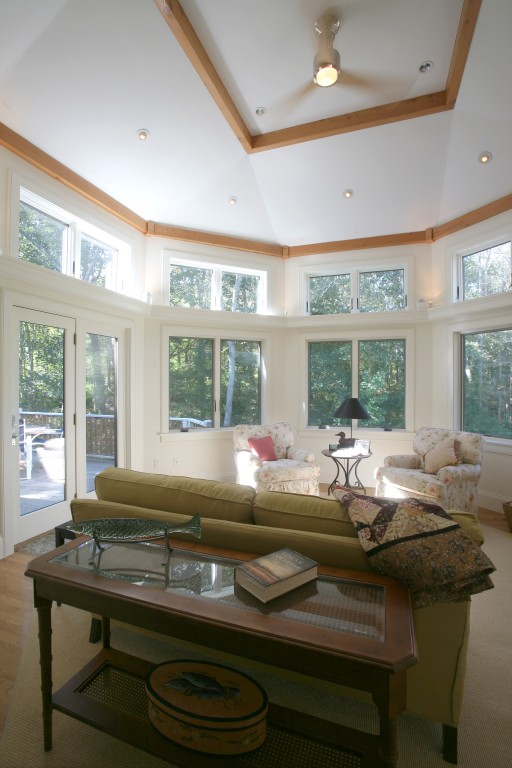