The planar picture windows are set back into the wall openings so as not to interrupt the continuous curve of the wall from the outside. The band of glass with light transparent corner enhances the sense of expansiveness and serenity. A half wall, concentric to the outside perimeter wall form a bedhead for the master bed and shelters the sleeping area from the rest of the Master bedroom suite.

The second level is dedicated to a private master bedroom suite including a roof deck with sweeping views of Cape Cod Bay.

At the end of the day, no matter what the shape of your new house is, you’ll want to look for a reliable way to move your belongings from your previous home, that’s where the Move On moving company can help you out. 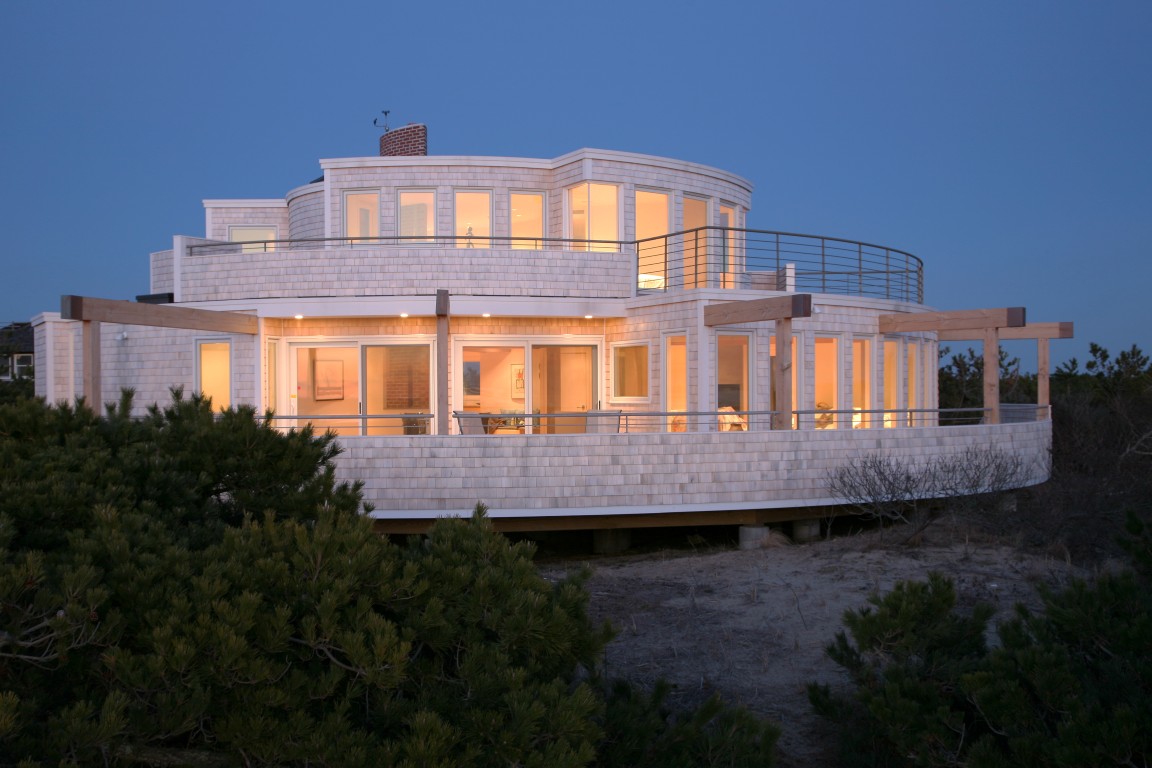 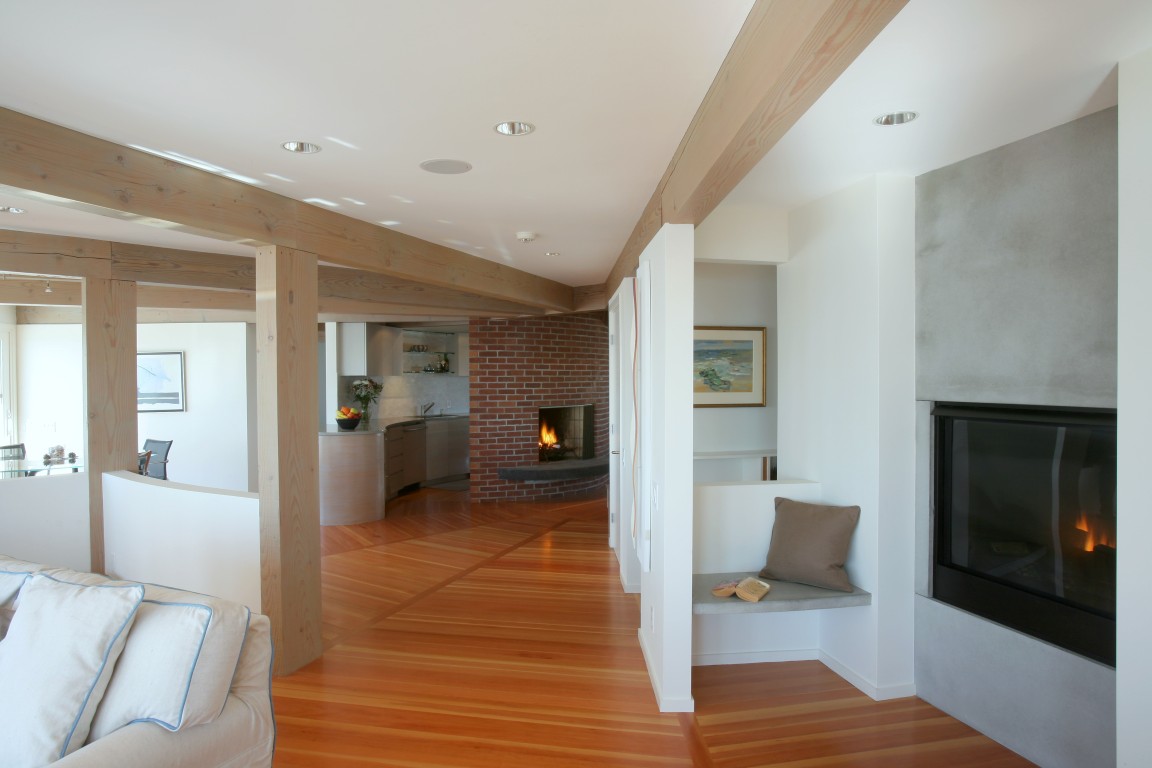 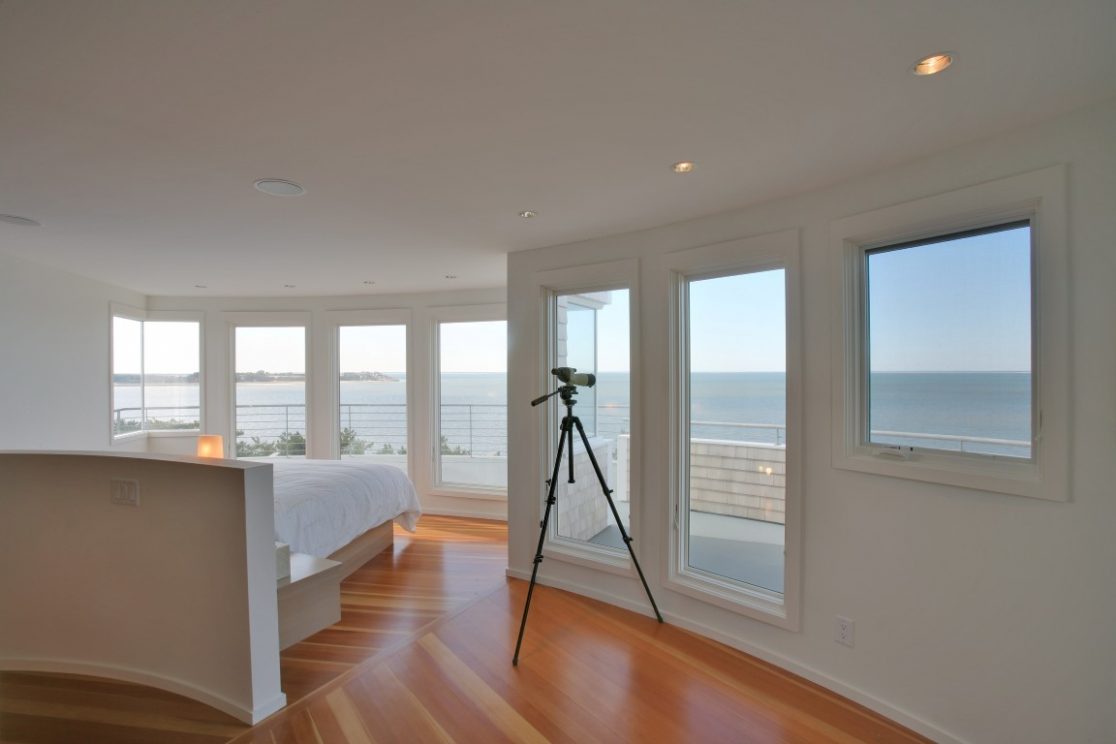 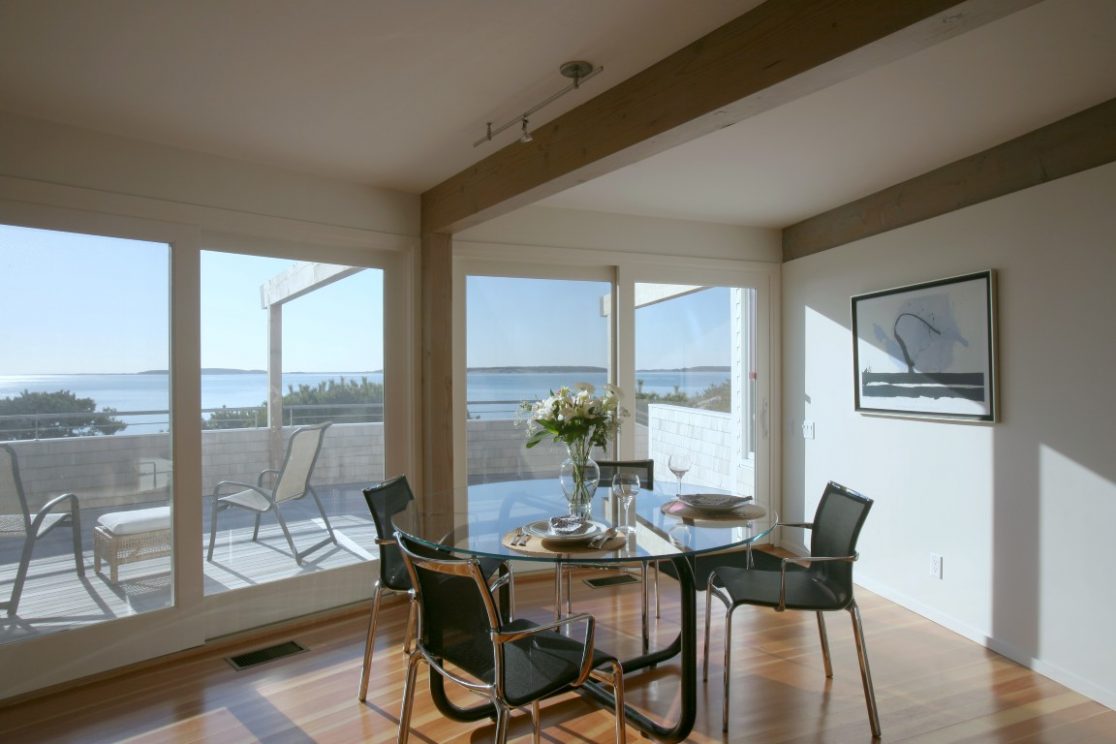 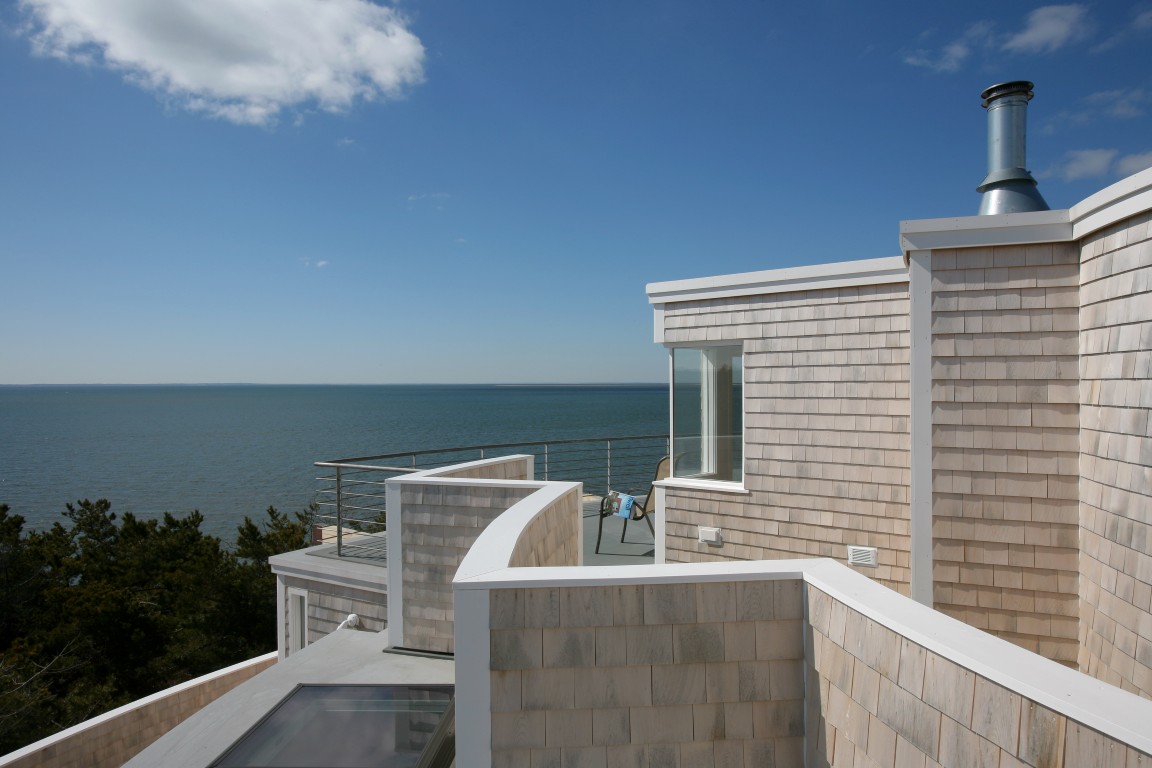