The project involved the complete redesign of, and addition to, a contemporary Full Cape style house which was spatially awkward and didn’t relate well to its site. It’s location, on top of a wooded hill with potential for southern exposure, provided a beneficial starting place for an extensive remodel/addition.

The addition of a new screened porch, adding dormers to the entire south-facing roof as well as extending the building to the east, to create a Master bedroom wing with south facing windows, brought passive solar and southern exposure into a building which had been dark and poorly ventilated. It also created a lively composition for the façade.

A narrow addition was also built on the west side of the building to improve the proportion of the main living spaces which were very narrow and extremely tall. A bedroom was built over the existing living room to create a cozy, comfortable sitting area with a flat ceiling. The existing brick faced fireplace was refaced with precast concrete and re-proportioned. Built-in cabinetry housing an entertainment center and display shelves for art objects and books was designed around it. A half wall separates the living area from the dining area which has a vaulted ceiling and exposed collar ties in fir. The use of fir windows frames and casings, fir floors, exposed fir beams and a combination of fir and painted built-ins throughout the main level of the house, beautifully integrates the spaces and the eye is drawn from one room to the next by the consistent detailing that is used throughout.

The kitchen was designed with a Nantucket Blue base cabinets and honey maple overhead cabinets with glass doors and open shelves to make it feel more like a country kitchen made up of pieces of furniture than a contemporary kitchen comprised of factory assembled boxes.

A narrow alcove in the master bedroom suite was a perfect place to create a study. The built-in desks and shelving units were handcrafted out of fir and fir plywood. 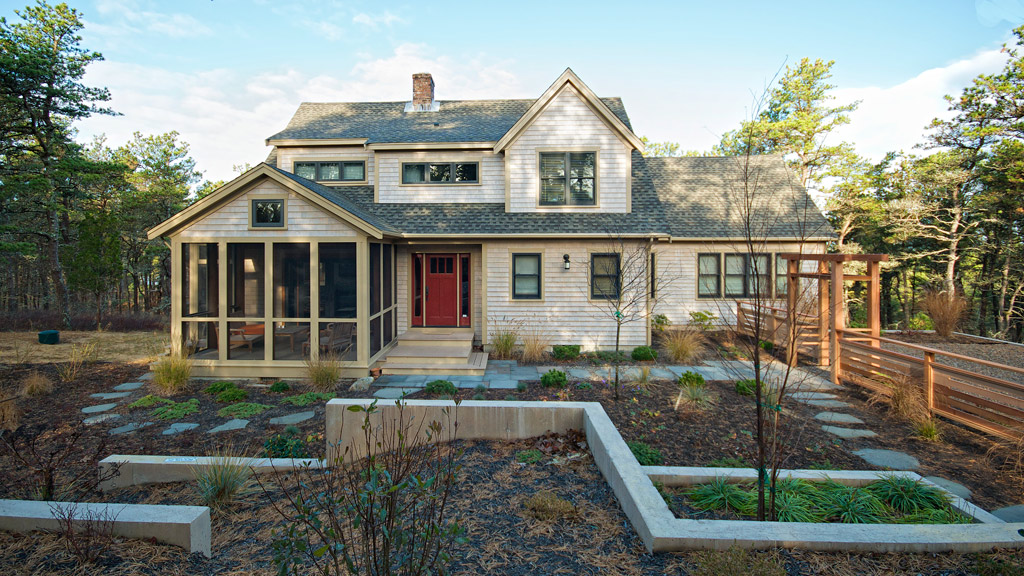 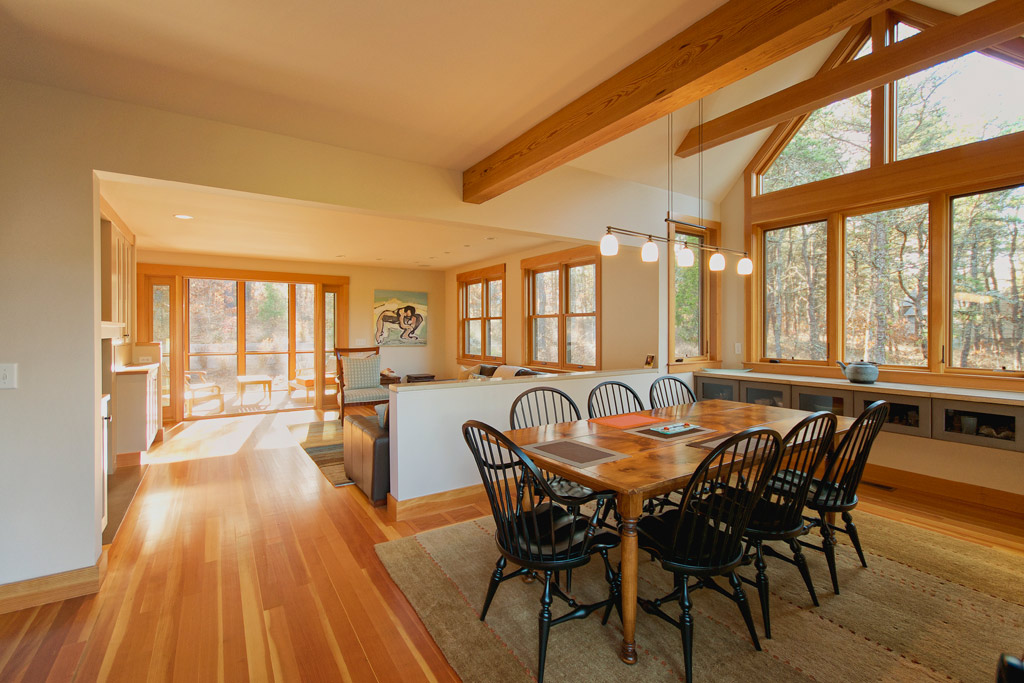 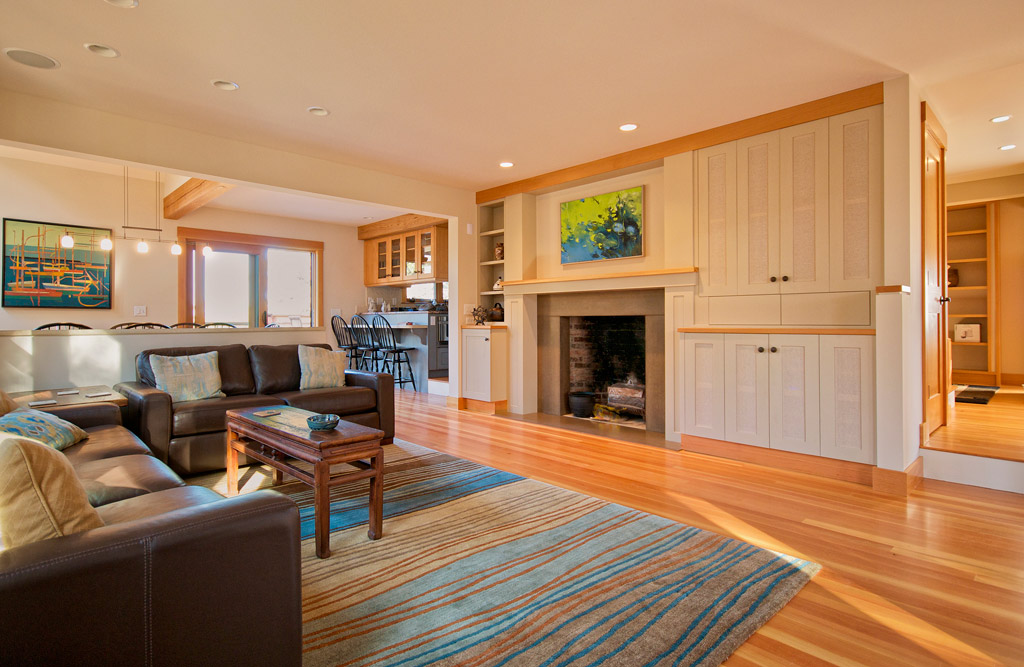 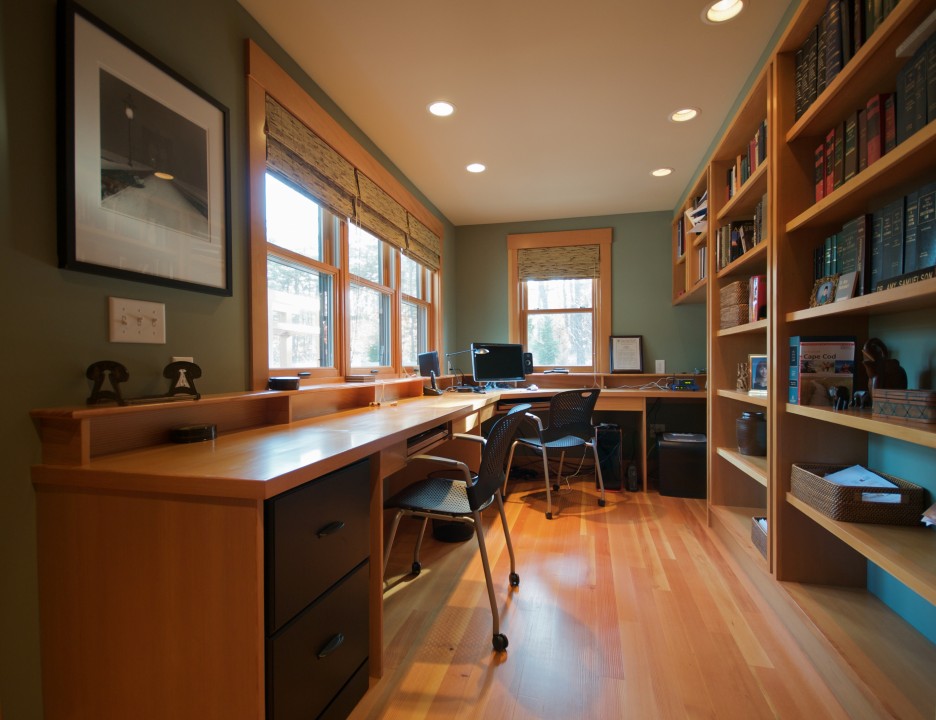 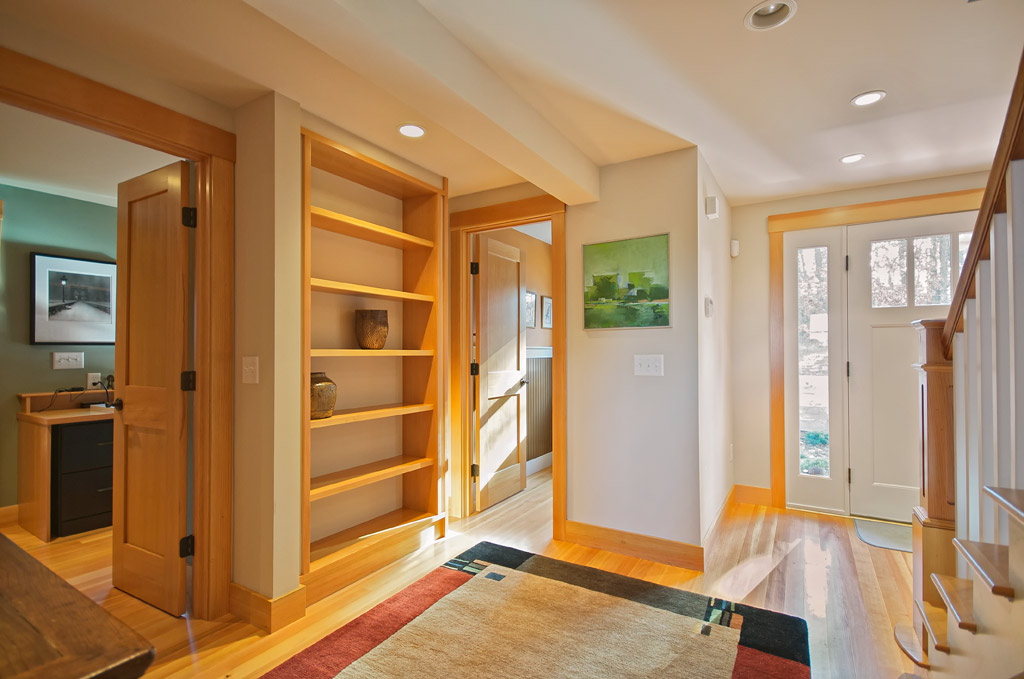